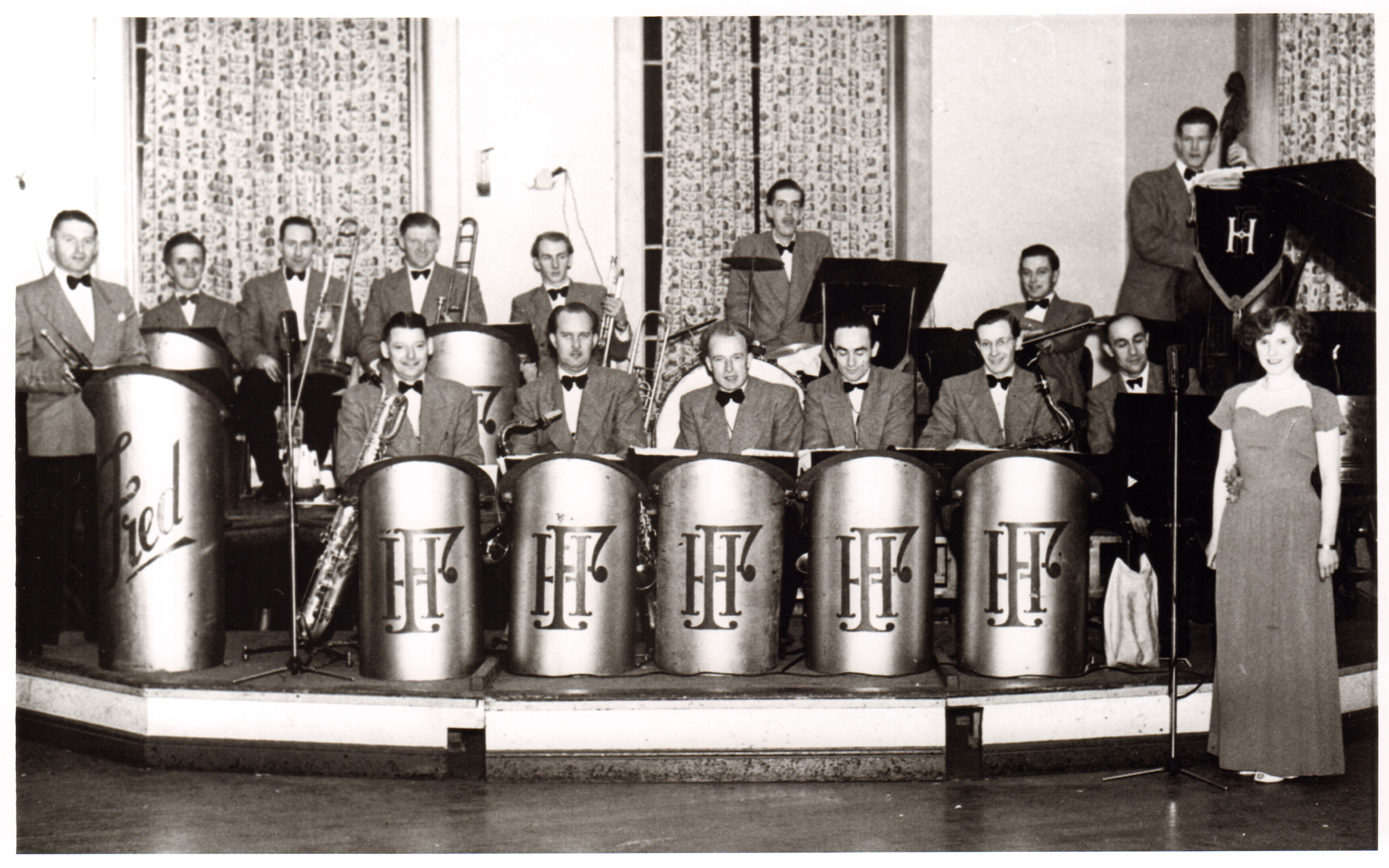 Fred Hudson's Dance Band who regularly played at the Welfare, corner of Cavendish Street and Broughton Road (now part of Morrison's car park). Back Row: Fred Hudson: Keith Horner: Andy Hoe: ?: ?: Cyril ?(drums): Bobby Horner (guitar) Front Row: ?: Jack Longden: Lou Rawcliffe: Fred Thompson: ?: ?: ? (Singer) I would suggest that this photo was taken in the Clifford Hall (Black Bull).
Added by: Brian Cleaver 28 Jan 19
My father played Piano and many sizes of Saxophone with Fred and Ralph over many years. In the mid 1950's Fred was killed in a road accident and his brother Ralph took over the band's leadership. Back row: Fourth on the right is Ralph Hudson (tb) then Arthur Dransfield (tpt). Front row: Jack Longden is second right, he was my father's best friend. Billy Coe is last male on the right (piano). I recognize the singer, but have forgotten her name. Location, probably Clifford Hall, behind the Black Horse. I'm 82 now and have lived in Canada last 50 years. I grew up with these guys and played trumpet with Billy Coe's band at the Town Hall in the late 1950s early 1960s.
Added by: Malcolm Mounteer 8 Feb 20
Ralph and brother Fred bought a Quarry in Skipton. One frosty morning setting off to work in a ex Army truck, the windscreen kept steering up. Outside Winniefrids Caffe on the low road to Skipton, they stopped while Fred climes up on the bumper bar at the front. Unfortunately, Fred slipped off to the ground and it was said that Ralph thought he was clear and crawled forward, running over his brother. It was a sad story which l often think about even to this day.
Added by: Dennis Lloyd 2 Sep 20