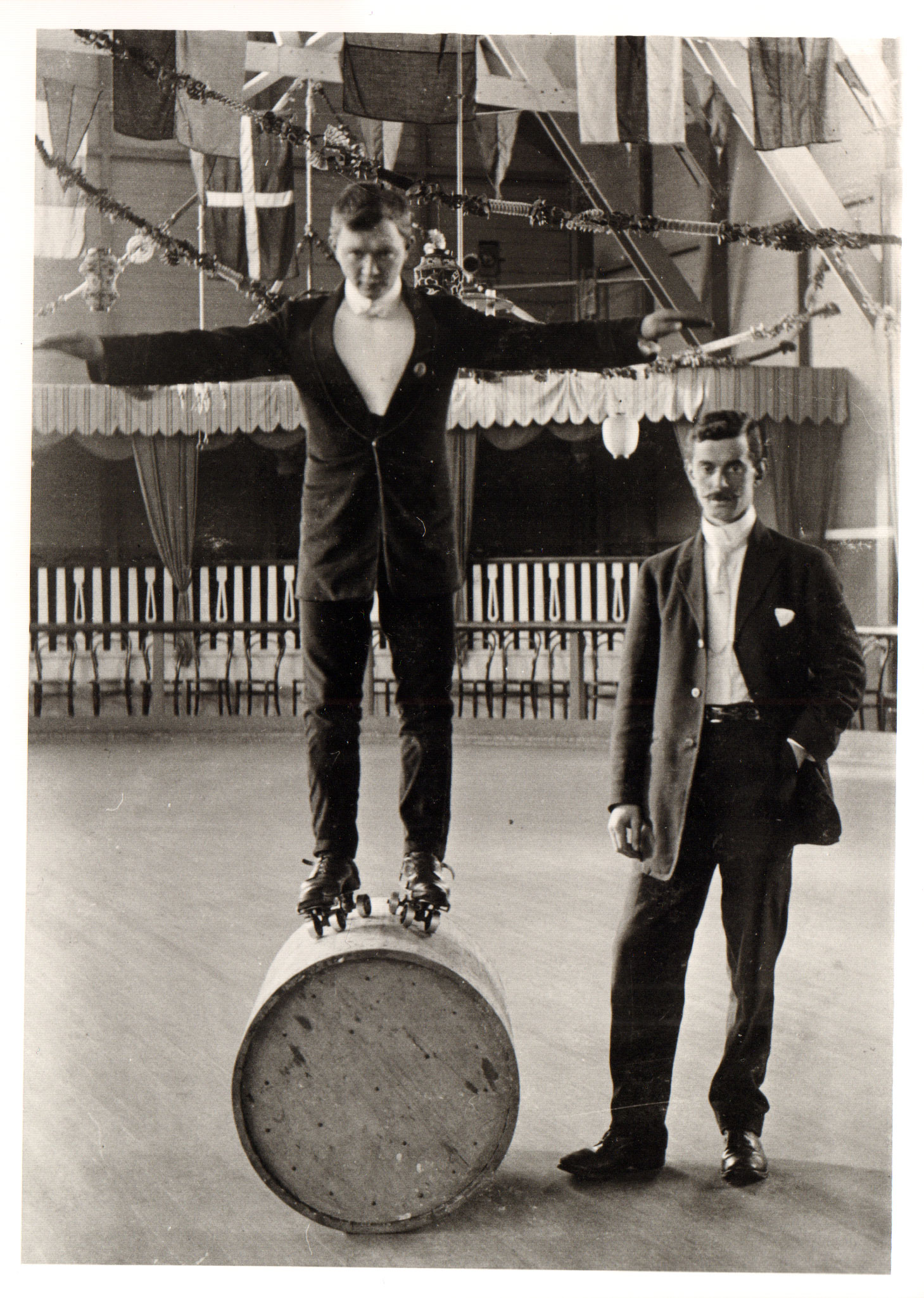 Berry and Matt, instructor and door keeper at the Skipton Roller Skating Rink.

Does anyone know where the Roller Skating Rink was located?
Added by: Admin 13 Mar 18
Ella Hatfield writes in Skipton (1991): "Skipton also had a skating rink, on Broughton Road, whose directors reserved the right to refuse admission to 'any person who may appear to be undesirable'.......the skating rink was later destroyed by fire, and there was another, smaller one for a time at the bottom of Raikes Road."
Added by: Robert 15 Mar 18
Joyce Murgatroyd writes in Growing Up In Old Skipton (published in 2011, though written in 1965), 'one day my brother announced that a roller skating rink had been started in the Temperance Hall....this became popular, and before long a large wooden building was erected where now the timber yard stands (now magnet and kwik fit).....here we spent many hours clinging to the rails, or to an instructor, until we learnt to do the most complicated steps and dances."
Added by: Robert 15 Mar 18
This is great, Robert. Many thanks!
Added by: Admin 15 Mar 18
Just wondering which skating rink this is as my 2 x great grandfather built 4 houses and a skating rink on Raikes Road, the rink being the building between Raikes Road and Castle View Terrace.
Added by: Judith Henderson (nee Pickles) 15 Feb 19
I was born in 1933 in one of the Raikes Rd 4 terrace houses near the burnt skating rink. I remember it. Next door lived an old lady called Mrs Tyrer, she had been the pianist at the Rink and as a small child I went to sleep listening to her still playing the waltzes.
Added by: Mrs dorothy turner 27 Jan 21