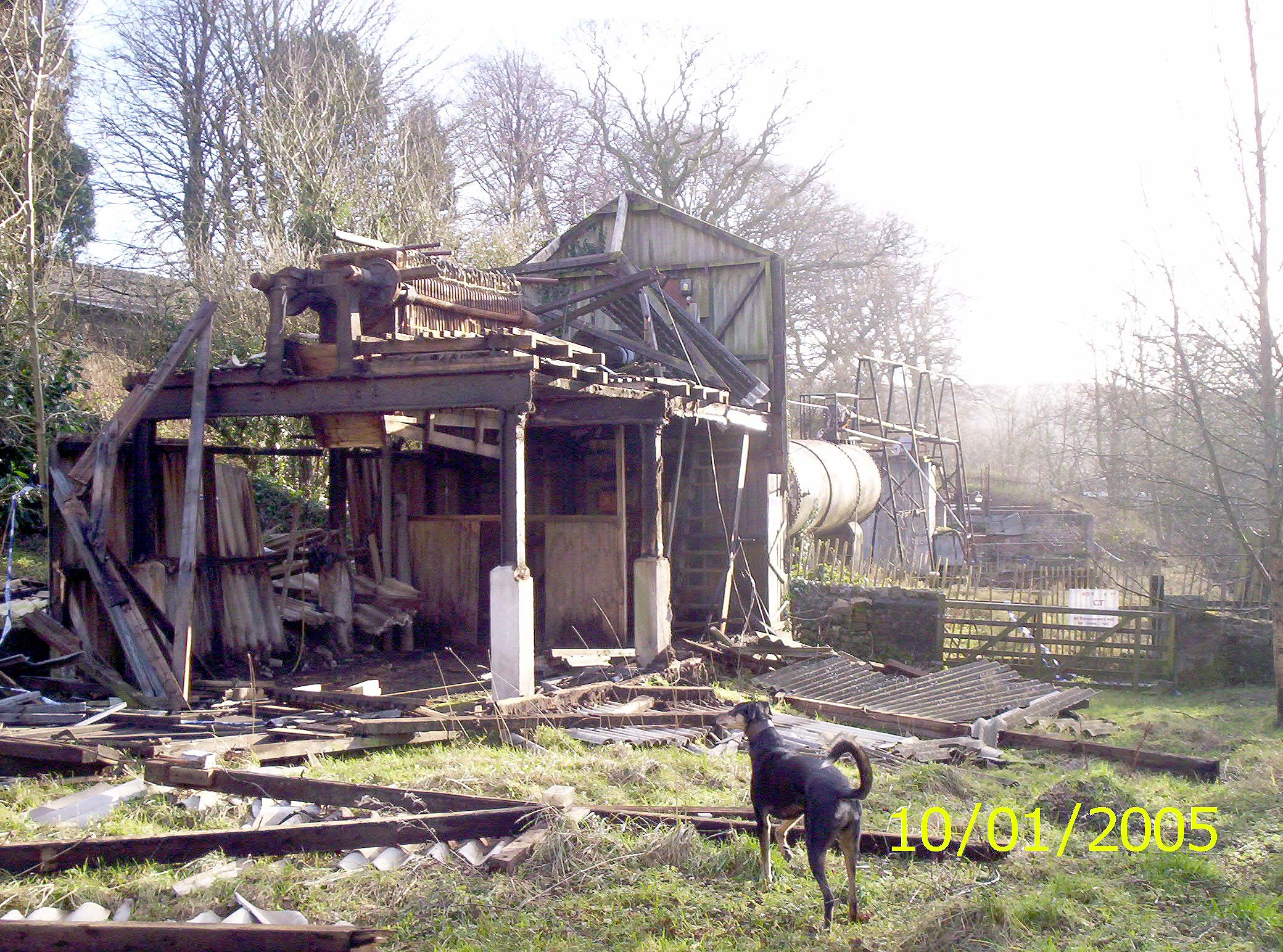 My Dad worked at this Tannery, he took me there one weekend whilst he was working overtime the smell was horrid!! ( late 1950's)
Added by: Lynda Marley (nee Crayden) 11 Dec 09
This damage is not after a storm but man-made! The old tannery press house was demolished to make room for houses (Tannery Lane and Baynes Way) which now stand there.
Added by: Monika Butler 9 Oct 12
The rest of the tannery was demolished but the press-house, shown here, was destroyed on the night of 9 Jan 2005. I took the dogs for a walk and photographed the devastation. The other image taken at the same time was mislabelled. It should have said 'Derelict Tannery Buildings'.
Added by: Peter Sheeran 31 Aug 13
I was probably one of the last few people to work there, from 1988 for 10 years. I did all the jobs including the press house. I'd love to see any more photos. S. Rouse
Added by: Stephen 25 Jan 18
The pressure vessel to the right came from the light cruiser, HMS Ajax, which was involved in the battle of the River Plate. The German heavy cruiser, Admiral Graf Spee, shelled the Ajax hitting it seven times, killing seven and injuring five more, but it continued in action and, with HMS Achilles, helped trap the Graf Spee in Montevideo harbour where it was scuttled by the German crew.
Added by: Peter Sheeran 17 Feb 20