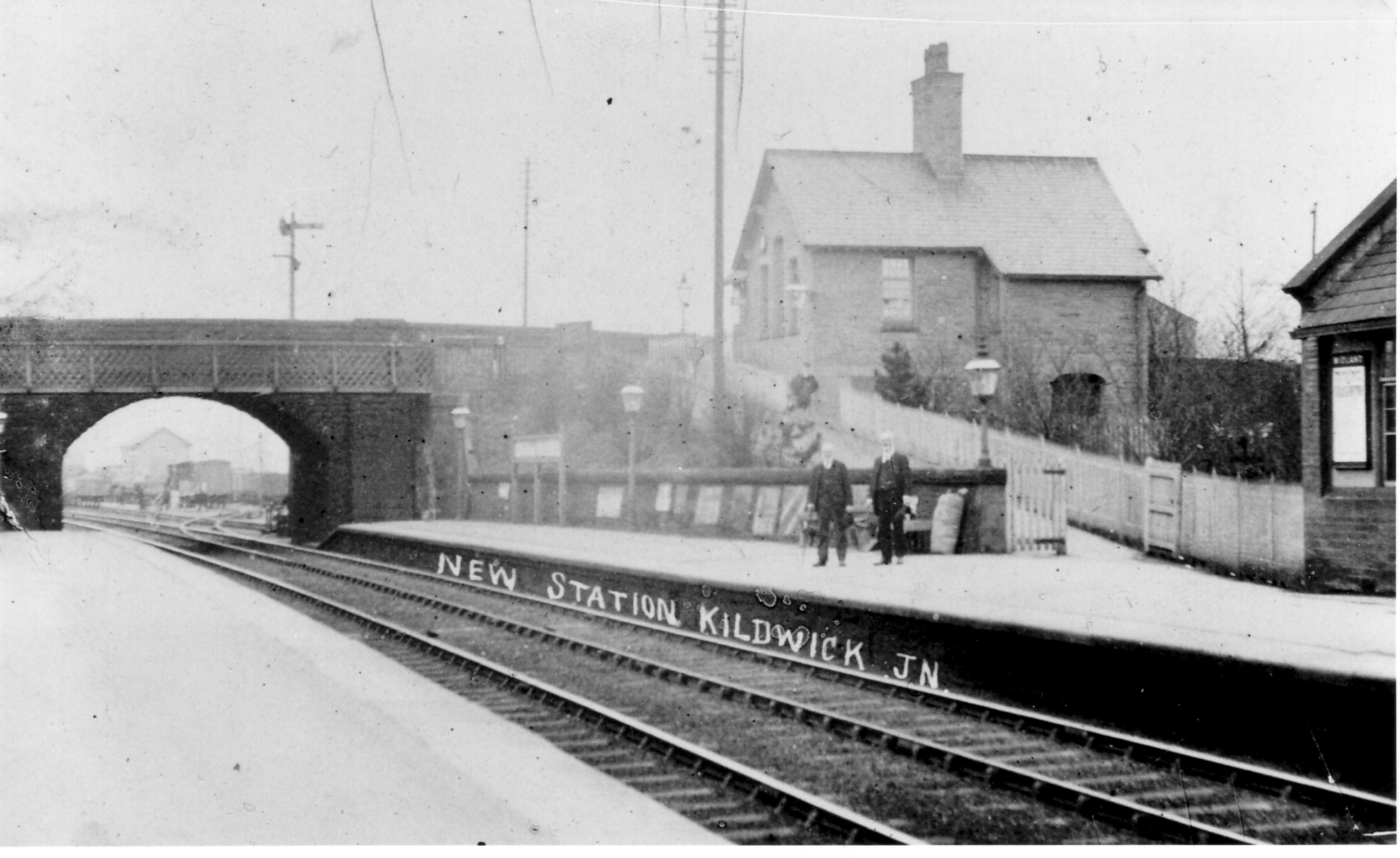 Does anyone know if the positioning of these lines has remained the same over the years? If so, whereabouts would this stand if it were today ??
Added by: Andy 21 Jul 04
Only the platforms have disappeared over the years. The bridge shown is the present road bridge and the two men are on the "down" platform presumably waiting for a train to Skipton.
Added by: Dennis French 12 Sep 04
The building at the top of the ramp was the booking office. In the late 1950s/early 60s, I used to leave my bike in the store room (through the arched door under the main building) when travelling to school at Bradford by train. The gable end seen under the road bridge is the northern end of Kildwick goods shed.
Added by: Roy Daffern 31 Mar 05
This is the New Station. The old station was the building adjacent to the level crossing, which later became the station master's house. In this picture the goods yard can be seen under the arch. Coal trucks were unloaded here for domestic fires. Further down the yard was the corn store and crane where goods were hoisted into farmer's/merchant's wagons. On this side of the track was a siding into the gas works. Wagons were pulled into the gas works by a cable winch. I have additional photographs from 1960s.
Added by: Dr John Laycock 5 Apr 05
Does anyone know why the station closed!
Added by: Jason 26 Apr 07
My great grandfather's brother Richard Daffern born in Crosshills 1886?- worked here age 20 - couldn't trace him after that although he had a daughter Called Laurie born in Bradford circa 1910
Added by: rah Hunt 27 Sep 07
THE PHOTOGRAPH REMINDS ME OF WHEN I WAS A SMALL BOY IN THE 1960 AND USE TO CATCH STEAM TRAINS TO LEEDS WITH MY PARENTS FROM KILDWICK.. STATION WAS CLOSED DOWN DUE TO DOCTOR BEECHING PLAN IN THE 60S....
Added by: MARTIN ASHTON 6 Mar 08
Although moved away many years ago, I was raised in Cross Hills and at one time my father and I began a model of Kildwick and Cross Hills station. It's a project I'd love to resume one day and I wonder if anyone has more pictures of the station/gas works or surrounds? Philip Gill, Bracknell
Added by: J Philip Gill 24 Jan 09
The taller of the 2 figures,looks a little like my g grandfather. He was the signalman here and lived in Station house.
Added by: Jeff Staveley 26 Aug 14