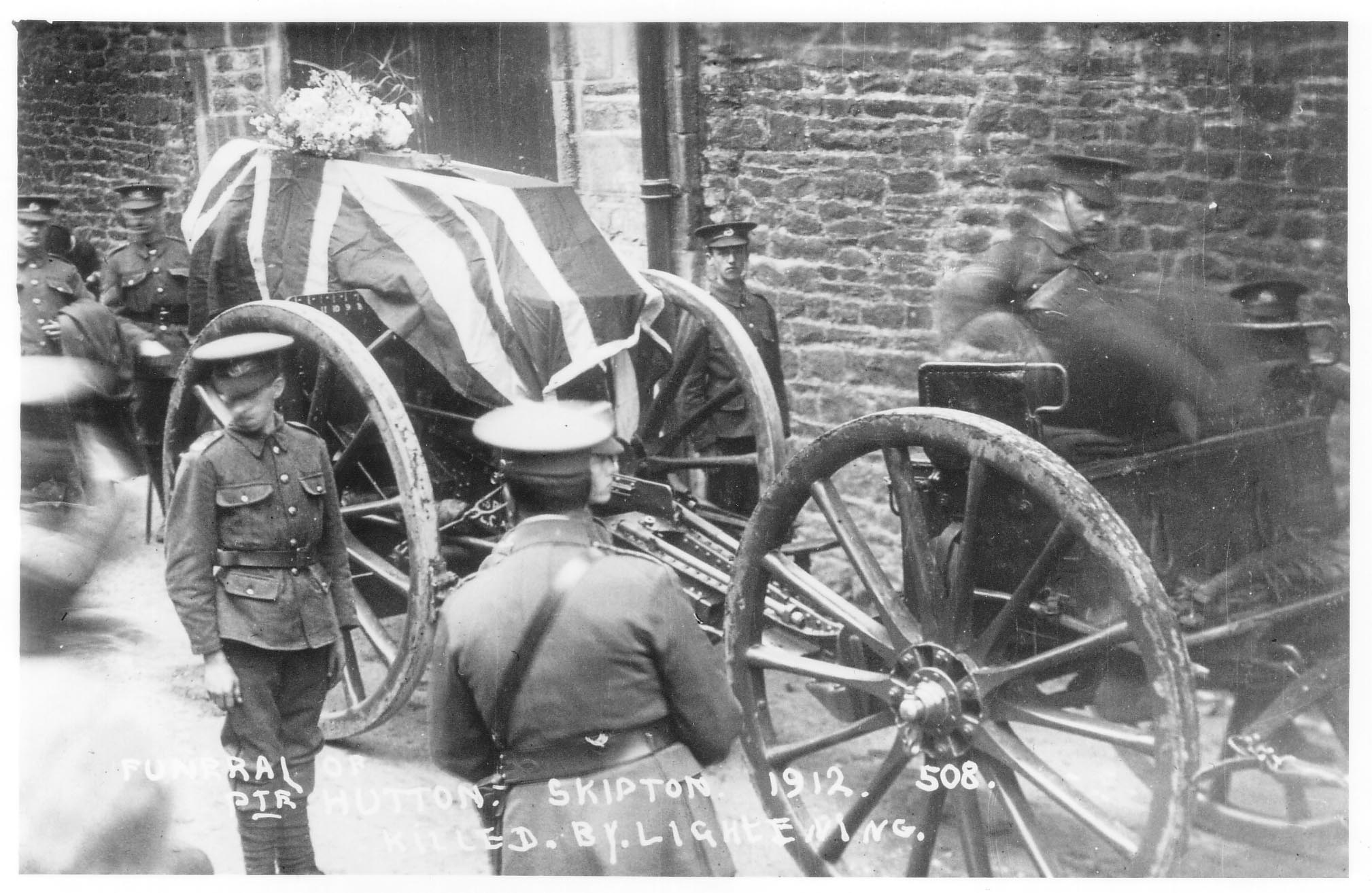 In July 1912 nearly 10,000 territorials arrived by rail to three camps in Craven. The camps were at Gargrave, Skipton and East Marton. Whilst out on exercises near Broughton, a group of men were caught in a thunderstorm and Pte Hutton was killed by lightening. Several others were injured. A more detailed account can be found on the Gargrave web site, www.gargrave.org.uk
Added by: Dennis French 12 Aug 04
The cortege is moving by Raikes Road Burial Ground, Skipton by then closed. The doors behind were into a Mortuary - an underground building which is now walled up.
Added by: Jean Robinson 20 Nov 21