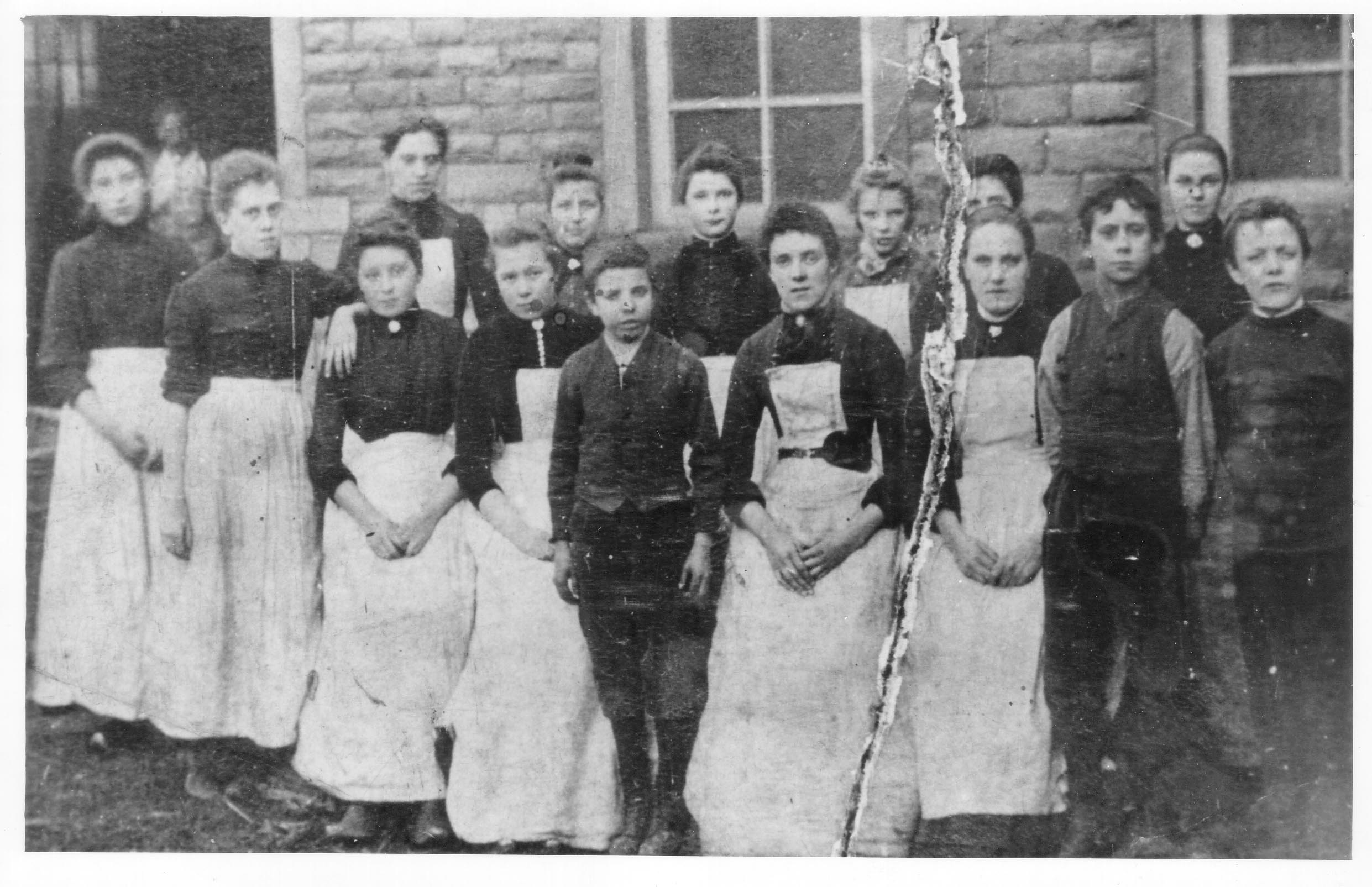 For a few years after WWII, my mother was employed by the textile firm of Rycroft and Hartley. When she came here, to the US, in 1954, she brought with her a letter of reference on that firm's letterhead which gives "Broughton Road Shed, Skipton, Yorks" as the firm's, or at least, as a branch address. I suppose this is the same "Broughton Road Shed" where this photo was taken. I wonder if anyone knows anything more about this working place. When it was built? Is it still standing, in some form or another? When did Rycroft and Hartley acquire, or lease, it?
Added by: Michael Kukla 13 Mar 13
My mum Elsie guilfoyle (nee harrison)worked at rycrofts from about 1950 until the early 70s The main building of the mill was on marton street off broughton road and was about five stories high This burned down in about January 1958 The rycroft business continued until the late 70s early 80s The buildings now known as marton mills still exist and are occupied by several small businesses
Added by: Richard guilfoyle  12 Jan 14
Rycroft's was a cotton mill. I'm not sure when it was constructed, but it burnt down in the late 1950's. The "shed" was the weaving shed - a noisy place where people - my mother included - learned to lipread if they wanted to talk to each other. Do you have a date for the photo?
Added by: Stuart Capstick 17 Jan 14
The firm of Rycroft and Hartley were a subsidiary of a larger group - Taylor and Hartley Textiles based in the cotton towns round Burnley, though they branched out eastwards and westwards to Skipton and Bolton. My father was their Insurance Broker, although later on his firm became part of the group and he became Managing Director. I worked as a Secretary in the Insurance Brokers. By the time I worked there Rycroft and Hartley had changed over to weaving synthetics, and believe it or not I have a few yards of fancy weave nylon material that came from there still!! I remember the fire well. we were all tucked up in bed and asleep when the Office Phone extension rang. We knew it would be an emergency "We're on fire!!!" Dad hurriedly dressed and Mum phoned his Office Manager to meet him and off they set on the three-quarters of an hour journey (no motorways then) across the moors from Burnley, in Lancashire, into Yorkhire and Skipton. Luckily the sprinkler system had activated and though there was some quite serious damage it was repairable and soon they were up and running again and continued to prosper until the 70s, when there was an unfriendly takeover bid resulting in Taylor and Hartleys being bought by a larger multinational firm and becoming part of their Empire. They closed down a lot of the mills including Rycroft & Hartley, even though they had a full Order Book. Dad was very distressed about this but there was nothing he could do, he offered to resign from his firm but they wouldn't let him as they said his expertise was one of the reasons they wanted the business. My brother worked for them until quite recenty when he retired.
Added by: Gail Gray 6 May 15