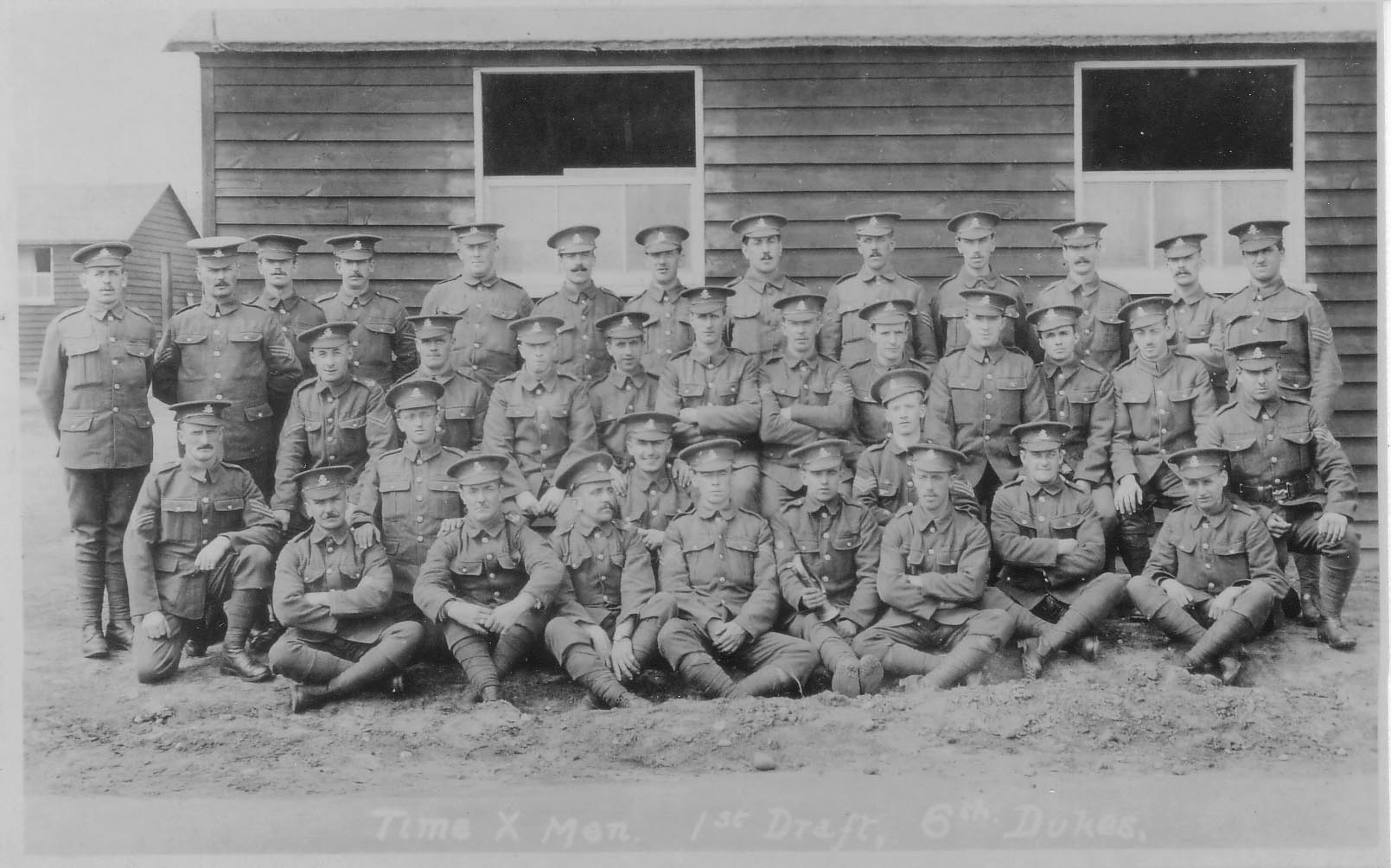 The man sitting on the front row three in from the right, as you look at the picture, looks like my Grandfather Christopher Whittaker. I have other photos and I'm sure it's him. He was a private in West Riding Regiment, and I know went to France. His brother, James Arthur, was killed on the Somme
Added by: Anne Ranger 14 Aug 13
'Time X' refers to 'time expired' - i.e. Territorial soldiers whose 4 years term of service has come to an end. Those that signed in the years before the War could find their time had expired in, for example 1916.They had the option to leave or sign on again. However if you were still of service age you could be liable to conscription. The Craven Herald [30.6.16] reports 4 Time X soldiers called to colours again. Those claiming an exemption tended to get sympathetic treatment from Tribunals.
Added by: steve Howarth 4 Sep 15