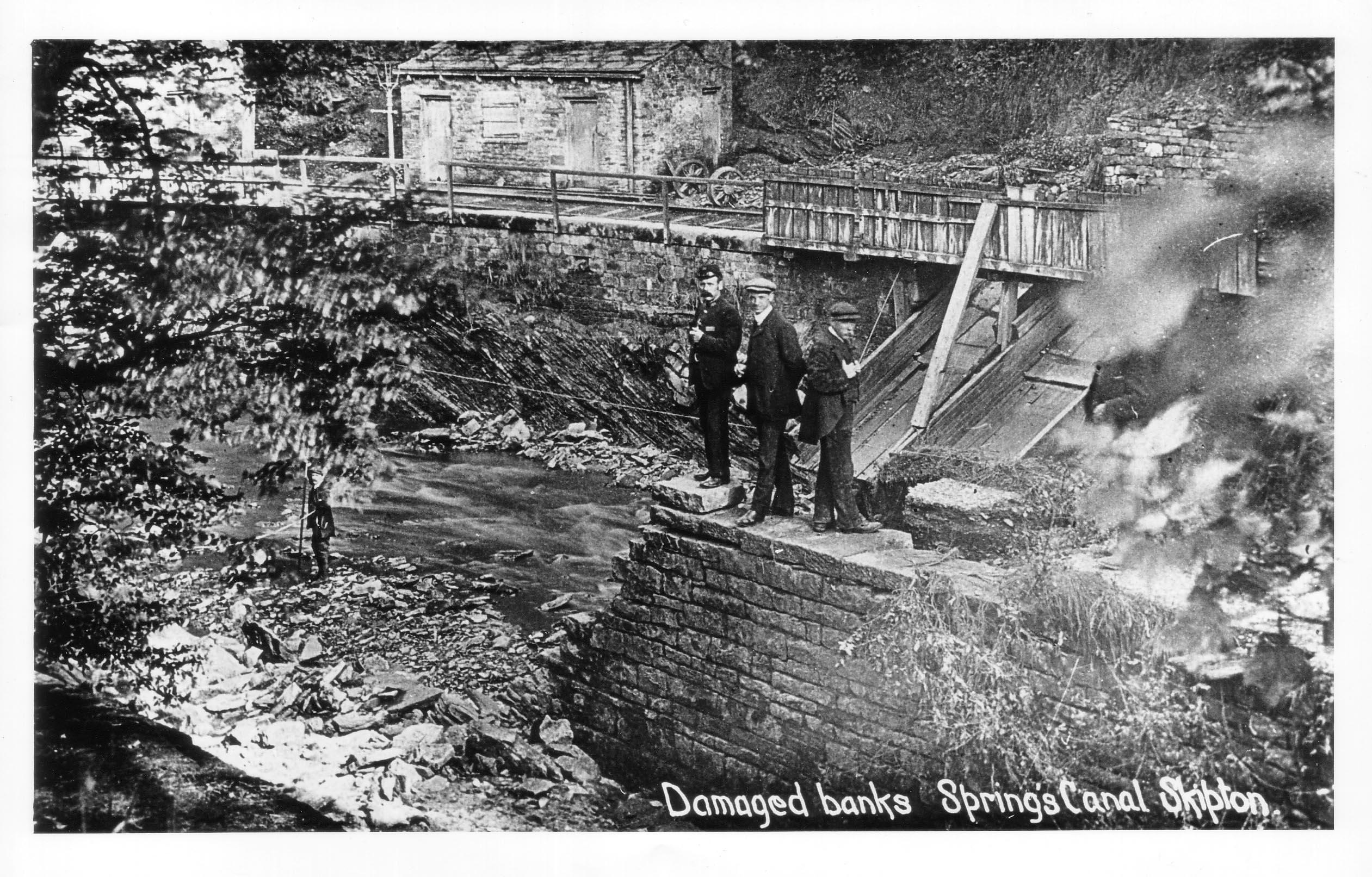 Damaged banks at chutes, after flood 1908.

The chutes were used for loading canal barges with limestone from the quarry
Added by: Steve S 27 Jun 04
My late mother[Josephine Crisp- nee Cork] told me that the chap on the right was her great grandfather, Joe Boyle. Prior to her death she had researched some family history on her father's side & found that an ancestor in the 1700s had been fined at the county assizes for emptying a chamber pot out of the bedroom window onto the street somewhere in Skipton!!
Added by: Josephine R Crisp 2 Jul 22
As youngsters we slid down the chutes and into two abandoned barges which still held their last cargoes of stone. The building in the photo was the weighbridge office. The weighbridge was immediately in front.
Added by: Peter Bernard SHEERAN 14 Jul 22