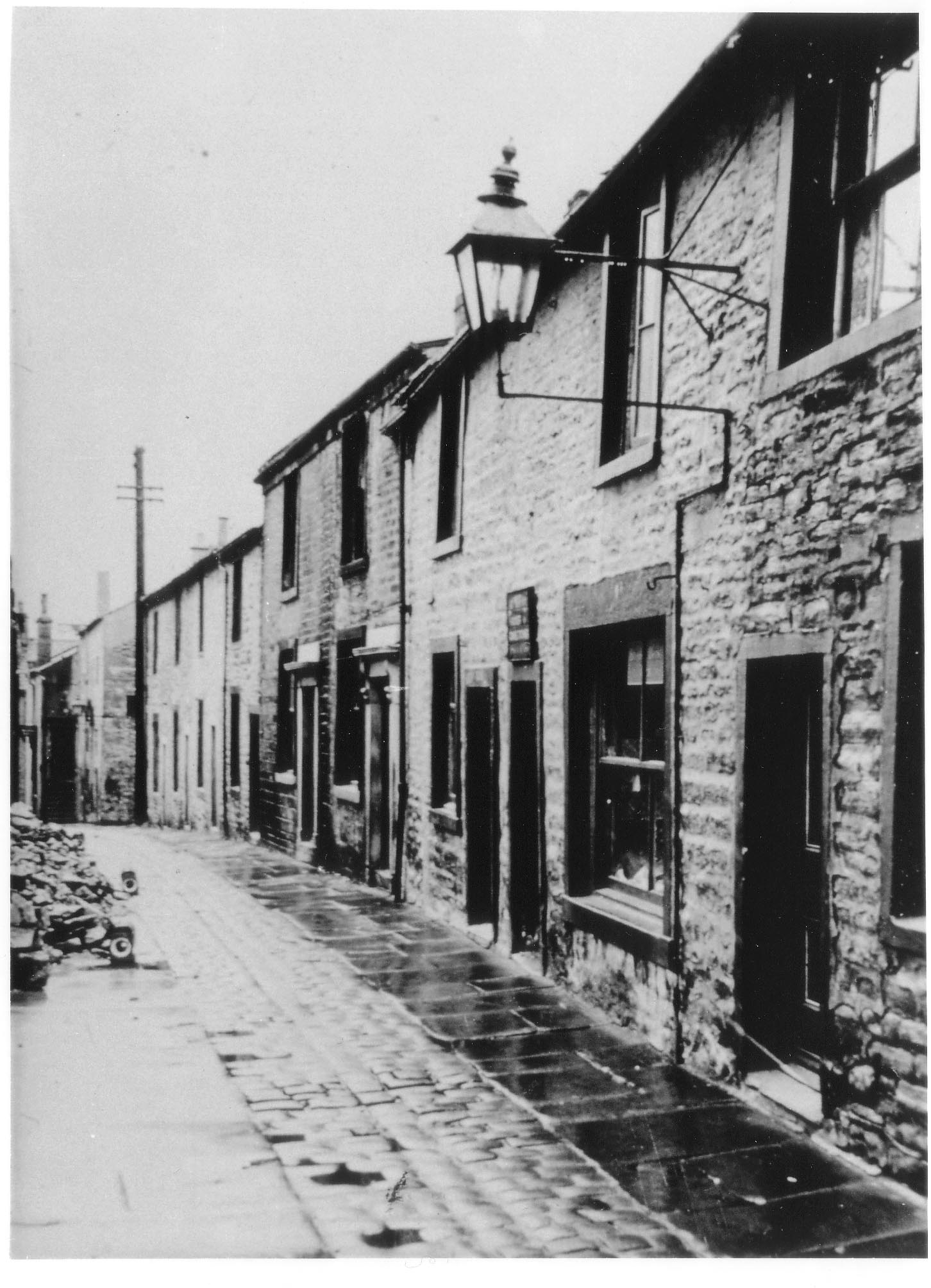 The shop on the right; with the sign above the door, was owned and run by my grandparents, Ernest and Mable Stead, untill it was compulsorly purchased from them. Judging by the rubble on the left of this picture the house opposite, No.13 Albert street is already being knocked down, I lived there with my family, father Lawrence, mother Violet, older sister Dorothy, and twin bother Ernest, from 1948 until 1955 when we had to move out, and go into a council house on greatwood estate. I was always told that no13 had been the first ever school in skipton
Added by: lawrence walton 23 Oct 06
This and the other photographs of Albert Street hold so many memories for me. Taking my points to Mrs Stead for some sweets, my great Aunt Santina at No 28 wrapping up like Scott of the Antartic to visit the loos, the kind and considerate people who lived in the street. A real community destroyed in the name of progress. Chris Swindlehurst
Added by: Chris Swindlehurst 26 Jan 07
My parents lived above their shoe shop on the corner of Coach St and Albert Street. Oh yes, I remember Steads. All sweets were in large jars. As glass was re-cycled because of the war, my parents let me take back the empty jamjars and I could keep the 1d refundable deposit. You could buy Woodbines there in packets of two with two matches enclosed - as a young teenager, naturally I did - no problem, no questions asked!
Added by: Colin Maroney 19 Jul 15
As a child my mother used to live at the big house on the corner that was knocked down to build Jephson's flats, one of which I now live in. Mother used to buy her sweets at Steads on Albert Street, and Tiger nuts, apparently these were not easy to eat with false teeth!
Added by: Donald Cooper 16 Feb 21