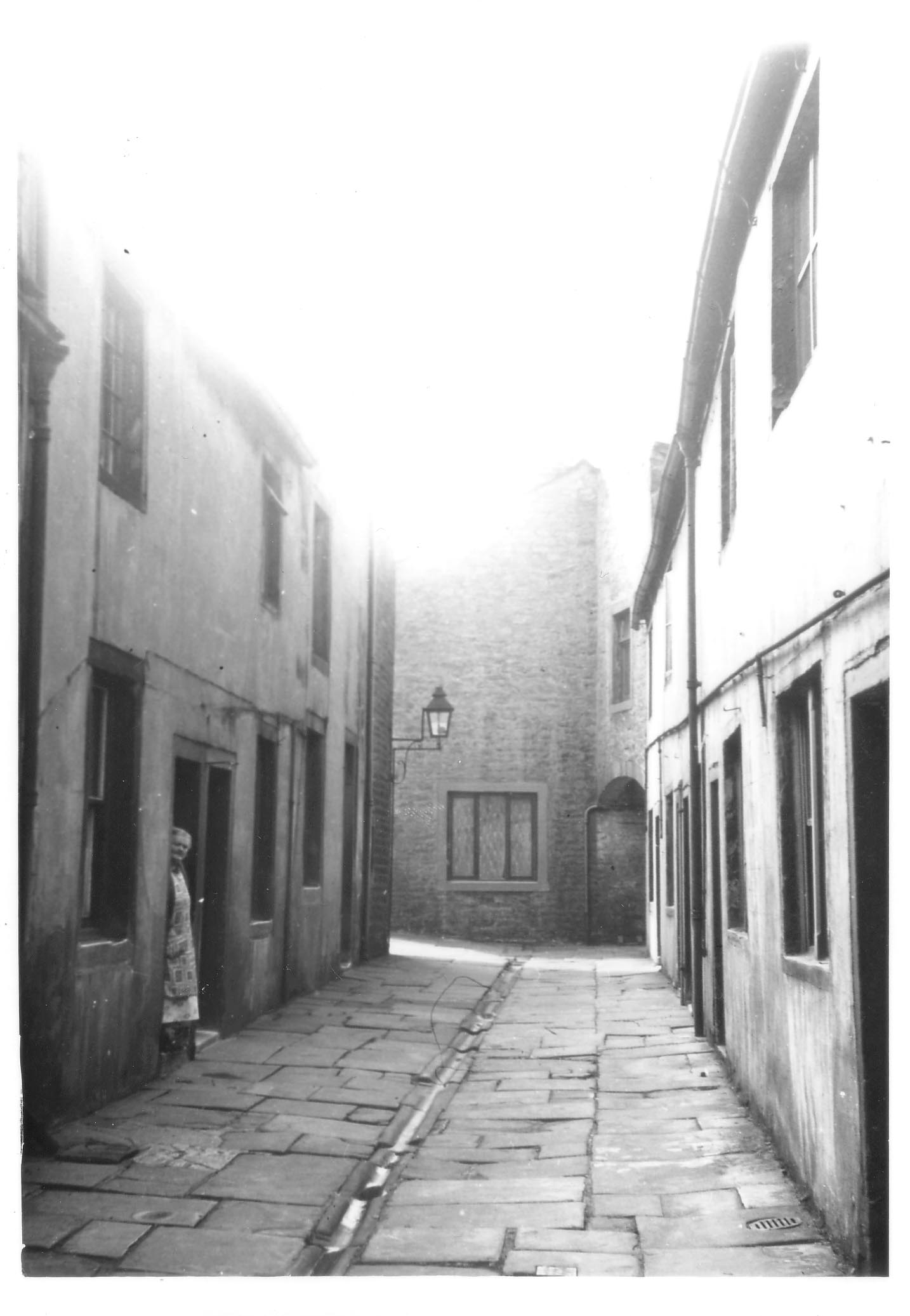 The other end of this street came out into Coach Street . During the war the army had use of a large warehouse on the right hand side going down , later used as a store for Inmans who had a shop in the High street . In one of the lock up garages was a cobblers called Mr Drake who was an elderly gentleman in the 1940s . In another lockup Silent Night started their buisness at a later date with a teasing machine . Mr Randall who built the Hotel down Keighley Road also traded from premises as an engineer at a similar time .
Added by: W E Brown  23 Jul 07
Building on the left was demolished. The property at the end with the archway is still recognisable. Owned by George Leatt and family was at one time home to a laundry, now an interiors shop.
Added by: Rachel Coates 11 Apr 20