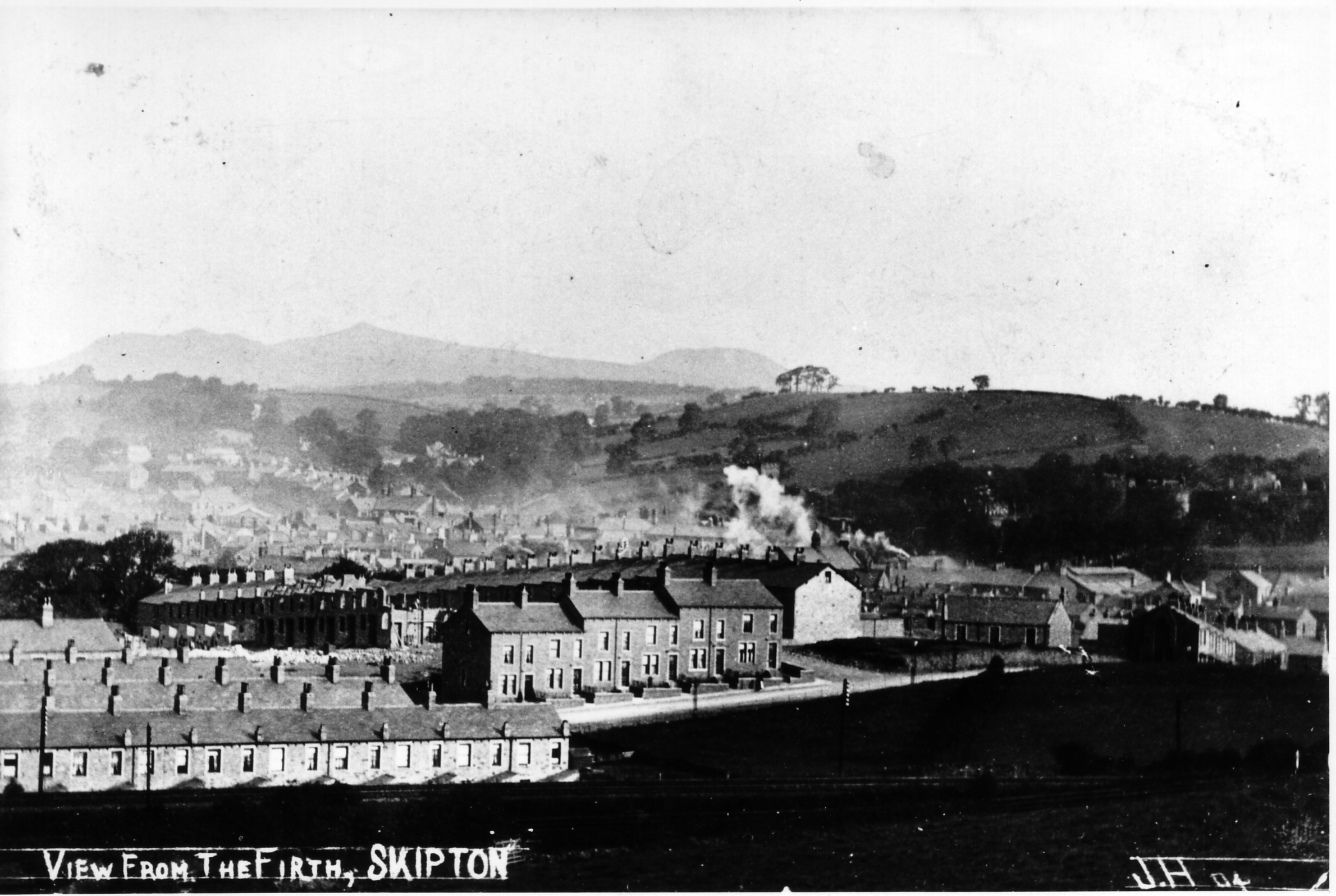 Looking north from the Firth (hill to south)

The area in the left foreground was hen pens, pig pens and allotments. The steep path leading from East Castle St. to the highest allotments was nicknamed the Khyber Pass. Today it is a footpath connecting Middletown with the Greatwood area.
Added by: Peter Sheeran 4 Apr 20
After much research I have identified the location exactly. The four houses in the centre are 23-33 Brougham Street and the house to the right, with a small window at the apex, is No 2 Neville Street.
Added by: Peter Sheeran 5 Apr 20
I don't really recognise this picture as described. It looks like the top of Brougham Street and the steep row of houses running left to right looks like Neville Street. This picture was obviously pre-Brougham Street school which would have been in the foreground.
Added by: John Buckman 9 Apr 20
Apologies to Peter & John for not adding your comments rightaway. You're both saying the same thing - and I believe you are correct - but the delay makes it look like you're disagreeing with each other! I monitor this site alongside my 'proper' job & I'm really busy just now, hence the delay.
Added by: Admin 9 Apr 20
I had the same problem, John. It looked odd. The left-hand side of Neville St is still under construction. ...and I can't count - there are six houses in that block which is directly opposite the school.
Added by: Peter Sheeran 9 Apr 20
Wow. That's amazing. I live on that row of 6 houses but on our deeds it says it was built in 1911.
Added by: Cooper 21 May 21