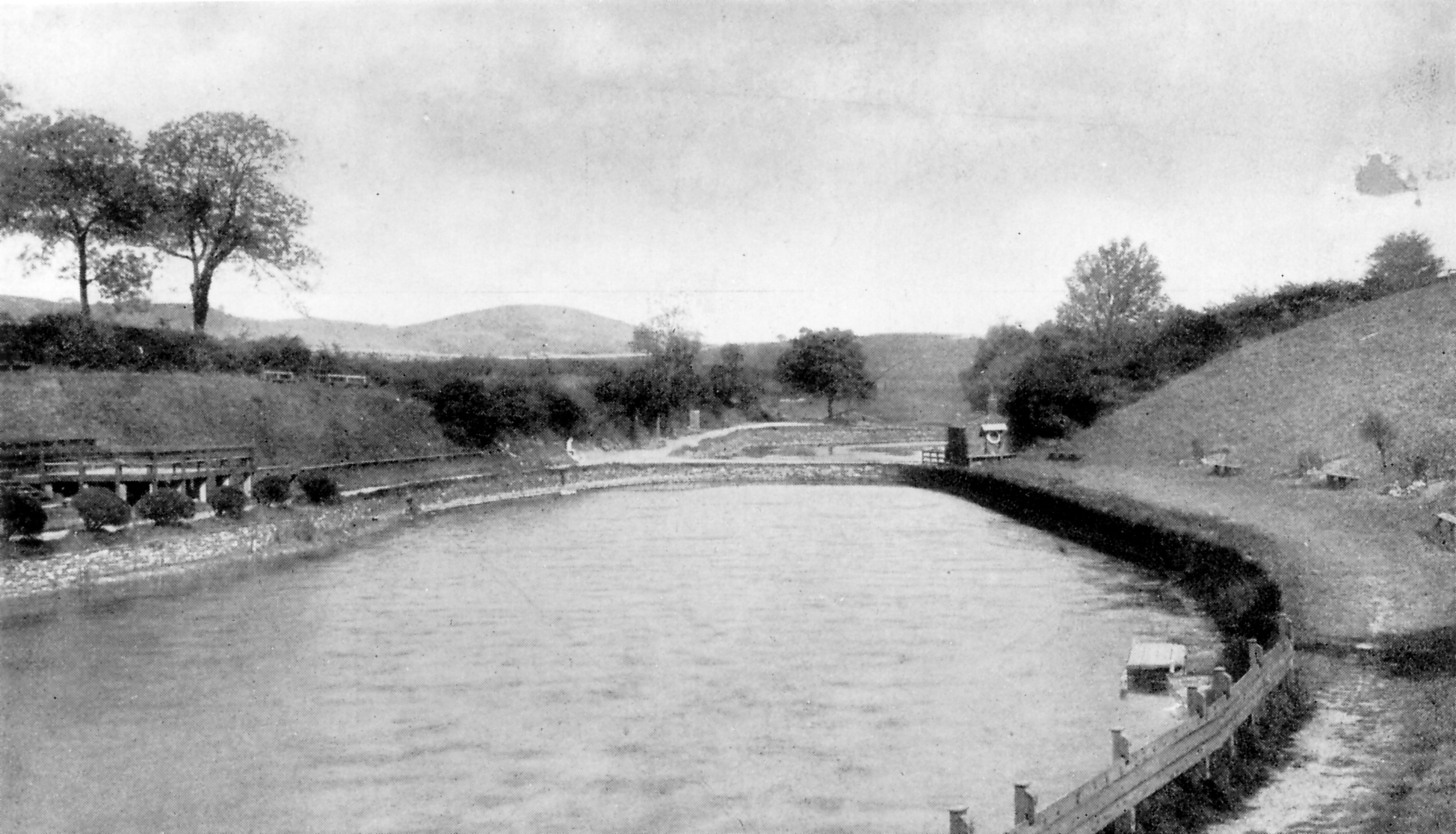 The outside changing cabins were just to the left of the picture.The high and spring diving boards were where the photo was taken from.The hut was for a putting pitch. Behind the hut were steps up to a small band stand cut into the hillside.The place was always packed for the annual swimming gala.The main event was the polo match between Skipton and a team from a nearby town.In the winter when the pool was frozen it was used for skating.
Added by: j.m.varley 28 Apr 12
The stream from Rankins Well was said to be the feeder stream for the outdoor pool. Does anyone know how Rankins Well got its name
Added by: Pauline Hey 10 Jun 12
The name 'Rankin' is carved in the rock where the stream emerges. There is a small trough carved out of the rock below. It is usually full of eroded rock and soil so not many know it is there. As it is not far from the old Roman road it was probably used as a watering point for people and animals for nearly two thousand years. Who was Rankin? No idea - but his name is known to tens of thousands of Skiptoners past and present.
Added by: Peter Sheeran 10 May 20