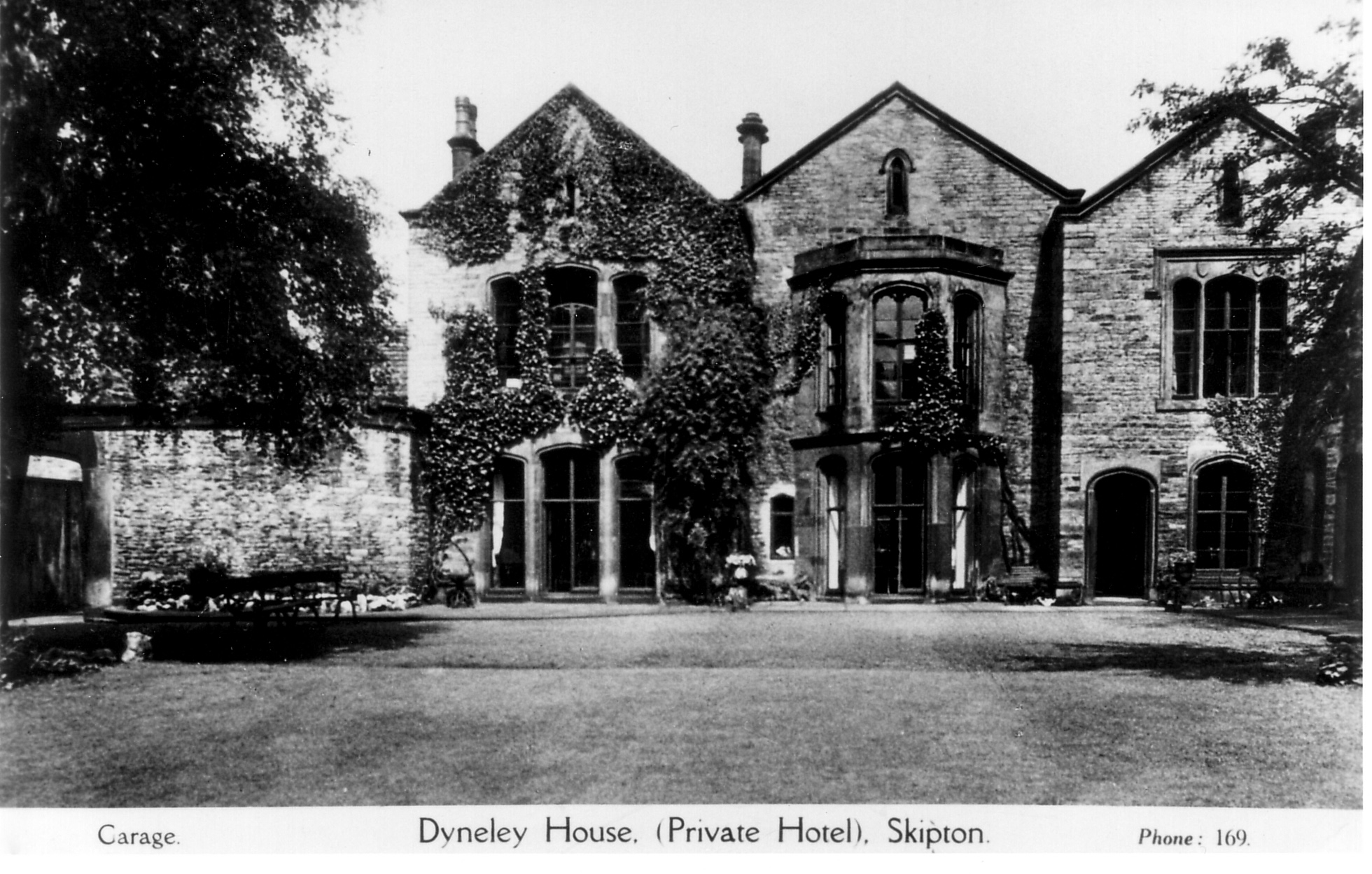 This building is beautiful, I remember going here. Does anyone remember Dr Merrill , Dr Watson?
Added by: Joan Mloney 18 Dec 11
Does anyone know where Harts Head Inn was?
Added by: Robert Coates 29 Dec 11
I remember when I was a little girl with my Mum & Dad living with my Aunt, Miss Sarah Metcalfe, who owned the Dyneley House Hotel. It had a tennis court & there was a stream at the bottom of the garden. Reluctantly she sold the Hotel, probably due to a fall in visitors. The other Hotels in Skipton were licenced, she didn't wish to work longer hours catering for revellers as she was getting older. What a shame to lose such a building. That's progress!
Added by: Mrs Patricia Stockton 9 Mar 12
I remember there was a sign at the front which read 'Dyneley House Temperance Hotel' or something similar. I often wondered what temperance meant.
Added by: Peter Sheeran 1 Sep 13
This was the residence of mill owner JB Dewhurst in the 19th century. He later moved to Aireville on the death of the owner: solicitor and banker, Henry Alcock.
Added by: Robert 2 Jan 15
Ken Ellwood lodged here in 1955.
Added by: Admin 22 Jan 18
My grandmother (who was walking with her pack-donkey to Scotland) stayed here, Dyneley House Private Hotel, Skipton, on 18th August 1923. The Devonshire Arms was full up because the next day was Show Day. In her diary she wrote, "Dyneley House is comfortable and run by very kindly people." She had a musical evening with guests and their friends.
Added by: G. Brackenbury 20 Jul 18
Addition to my comment: Date was Friday 31st August 1923, and my grandmother writes that the Dyneley House Private Hotel owners were the Carrs.
Added by: G. Brackenbury 20 Jul 18
My great uncle John Batty, had a letter addressed to him at Dyneley House (early 1960's). We believe he was lodging here at the time.
Added by: Karen Fidgeon 20 Dec 20
This was my family's house - ages ago - my Grandmother was a Dyneley. is it still standing? After lockdown might make a visit!
Added by: Frederica Janet Dyneley Venn 21 Feb 21