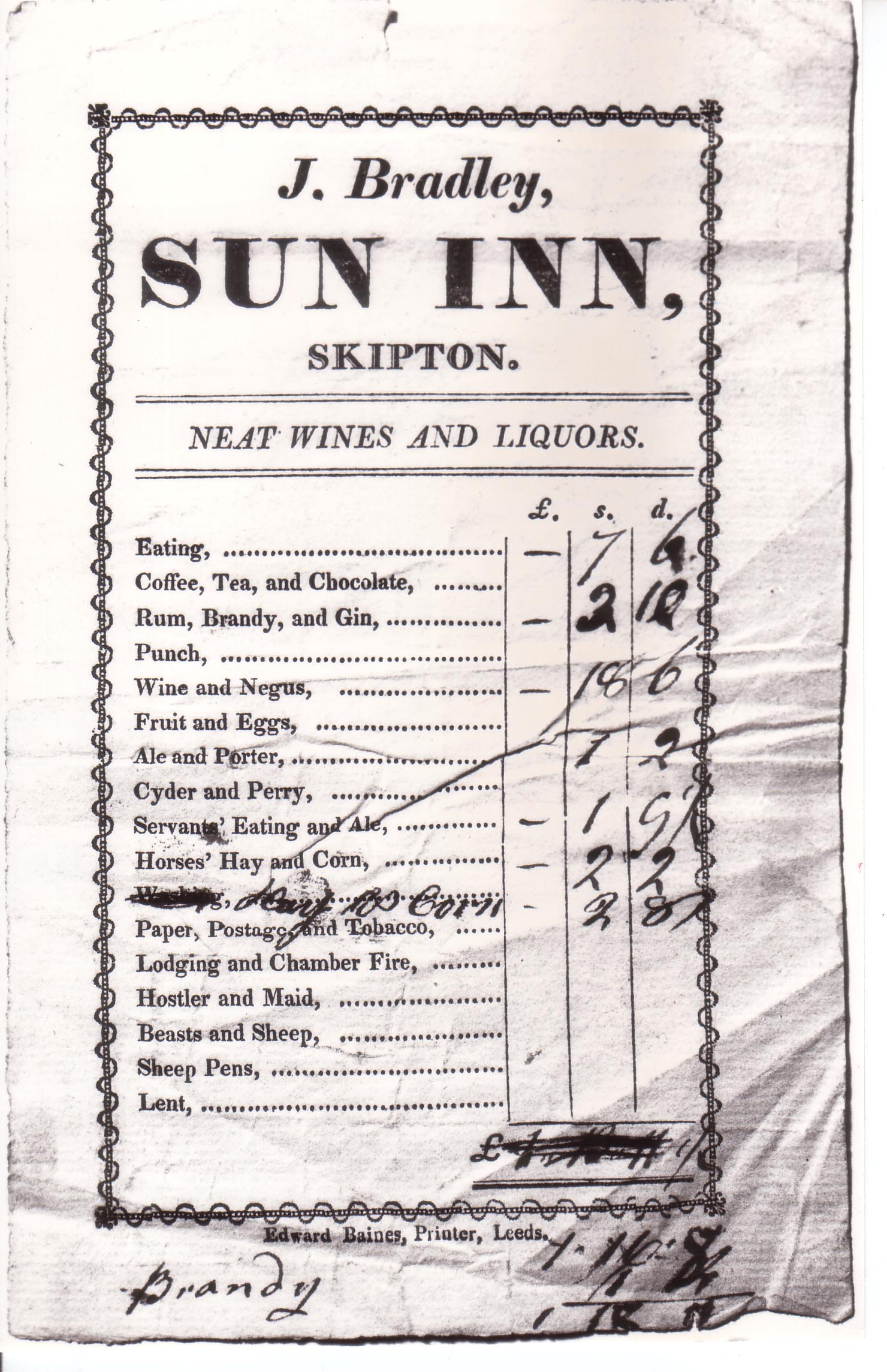 Does anyone know,where was the Sun Inn?
Added by: J Bean 4 Jan 12
To my knowledge, there were two Sun Inns in Skipton. The 1st occupied the building known for years as Manbys Ironmongers and recently as Base . It was the Sun Inn before Manby moved in to the premises in around 1817. The 2nd Sun Inn was in a building that was knocked down some time ago and replaced by the building currently occupied by Boots. The old inn was also called the Black Bull. I'm not clear on the dates though.
Added by: Robert 11 Jan 12
This bill dates from early 1810 when John Bradley was tenant of the Sun Inn which was at no's.62-64 High St. at the end of Middle Row Later that year he took over the Black Bull Inn at no's 54-56 and renamed it "The Sun". (information from the notebooks of Dr.Rowley) The original inn building at 62-64 later became Manbys Ironmongers and is now home to a shop called "Phase Eight".
Added by: Gill Taylor 28 Jan 12
To put things into context, this bill equates to around 4 weeks wages for a labourer. As their is no accommodation noted it was possibly a very expensive party (wedding?)
Added by: Robert Bent 8 Feb 21