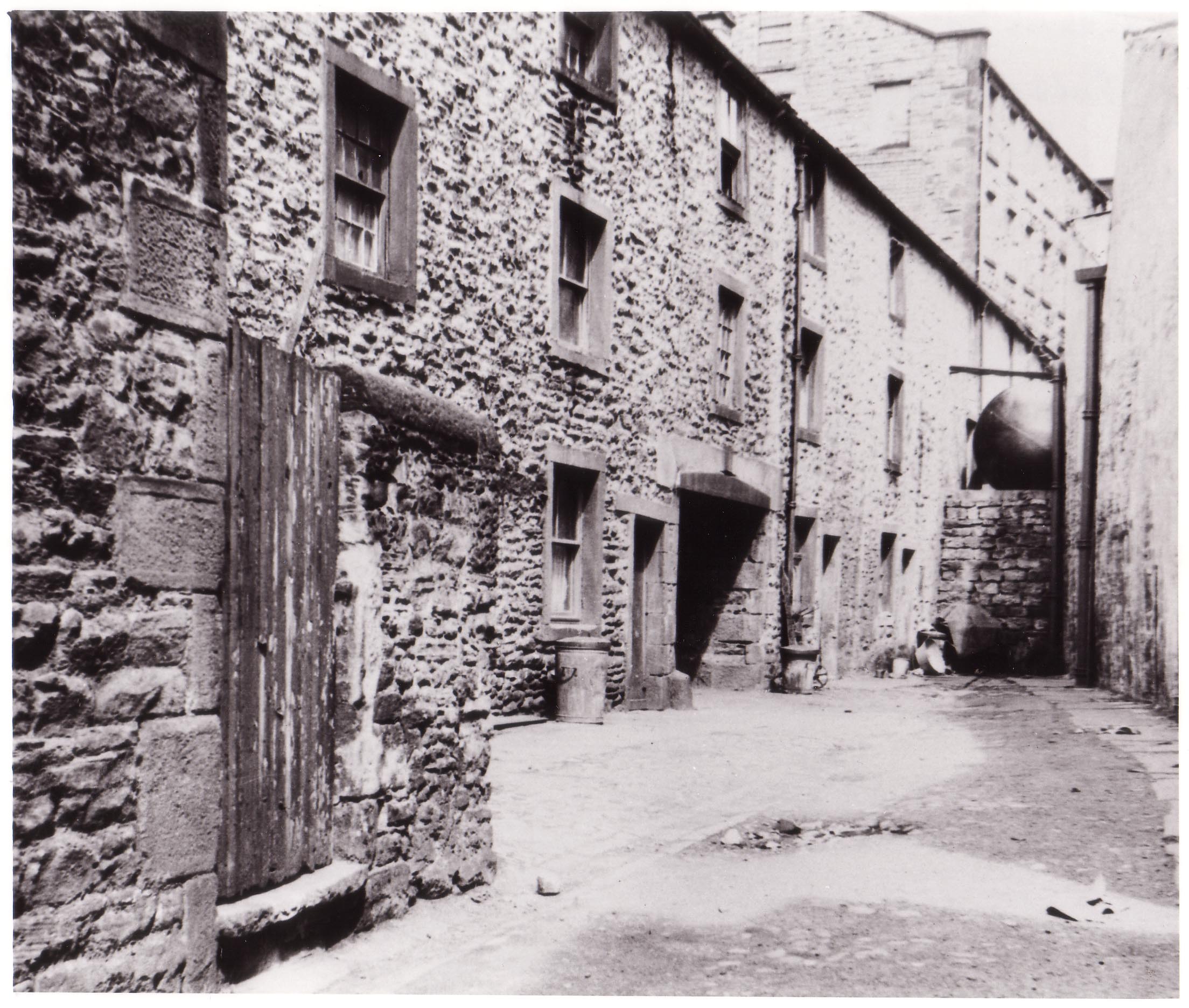 My great grandfather William Hennigan moved from Co. Mayo Ireland approx 1890 and lived in Union Square. He married Elizabeth Ellen Tillotson, whose family lived in Union Square. William and Elizabeth had one son, Tom in 1900. Tom went on to marry Gladys Rosalind Young of Settle. They had 8 children at 23 Union Square one of whom was my father Bernard Hennigan.
Added by: Sandra Sadler 25 Sep 08
An amazing photo. My Grandfather and Great Grandfather both lived in a house on this street according to the 1901 census.
Added by: Steven Jolly 23 Oct 12
On the 1901census my Great,Great Grandmother Margaret O Connell lived at 23 Union Square. With her lived her son John, my Great Grandfather, her 3 grandsons and 2 granddaughters one being my grandmother Ellen aged 8. She was born in Wales and later moved back. I found this lovely to be able to see the street she once lived on.
Added by: Chris Schaffer  26 Feb 14
Sandra Sadler you posted such a long time ago now, but I've recently been doing my family history. Your Great Grandfather William is my Great Great Grandmother's cousin. He appears on the 1891 census living with her at number 21 Union Square. She was a widow at this point but was married to a Michael Preston and had 4 daughters Margaret, Annie, Hanna and Sarah. Sarah was my Great grandmother. I would love to know more about the Hennigans. My family had left Union Square by 1911. Sarah had only one child that I know of, Maurice Preston, there's no father recorded sadly, but I often wonder if it was someone she met at Union Square.
Added by: Anne-Marie Preston 1 Aug 19