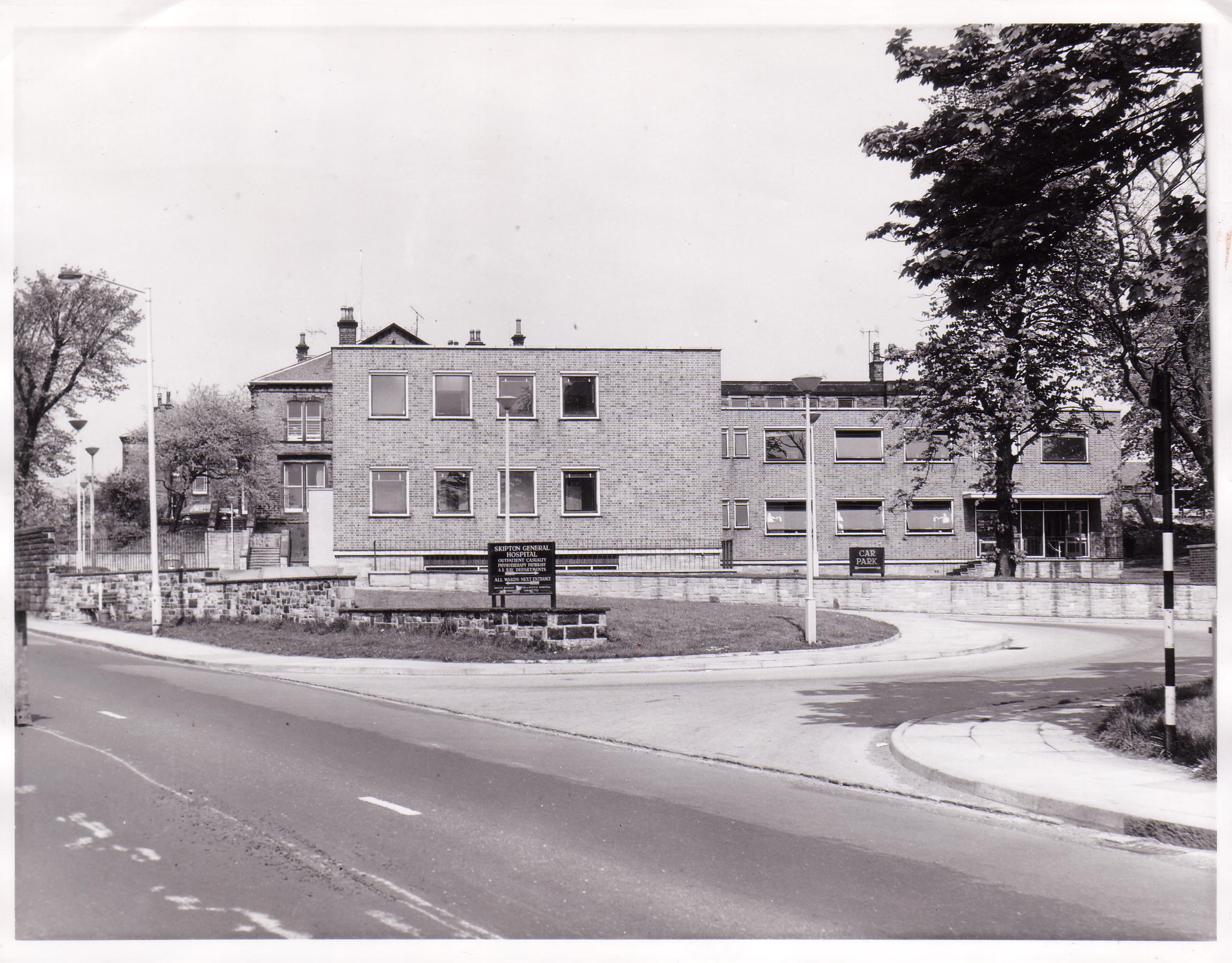 I was born here 26th February 1957 which was unusual as most babies were born at Cawder Ghyll. The exact room was round the other side where there is a fire escape. Good to see the hospital when it was newly built. Shame it may not last. Jan Robinson (nee Stoddart)
Added by: Jan Robinson 11 Feb 07
Is this the same as the "Skipton and District Hospital" where according to my Birth Certificate I was born 1st February 1940?
Added by: Colin Maroney 19 Jul 15
I think this is the early '60s as I remember the Princess Royal officially opening it - l was the first casualty as I got my head stuck in the railings looking for her. I was about 4
Added by: Mags Sharples 11 Feb 17
Cawder Ghyll Hospital was originally an isolation hospital. One of my brothers was a patient there for several weeks before WW11 as he had diphtheria. He was taken screaming from my mother's arms one evening and taken off in an ambulance. During the month he was a patient his parents were only allowed to see him through a glass window! How times have changed for the better. As my mother's eldest sister had died of diphtheria my parents understood the risks only too well and as they were not allowed to accompany their son to hospital they stayed up all night baking (my father had a bakers shop on Rowland Street).
Added by: Patricia Attewell nee Kerrigan 1 Mar 18
Do you have any photos of Cawder Ghyll hospital?
Added by: Gillian Purnell 23 Jun 21
There is a photo of Cawder Ghyll Hospital showing it newly built. Put Skipton Fever Hospital into your search engine. I grew up in the Lodge house as my father was gardener handyman. It surprises me how little information there is about it especially considering how many people died and were born there.
Added by: Liz Penny 29 Mar 22