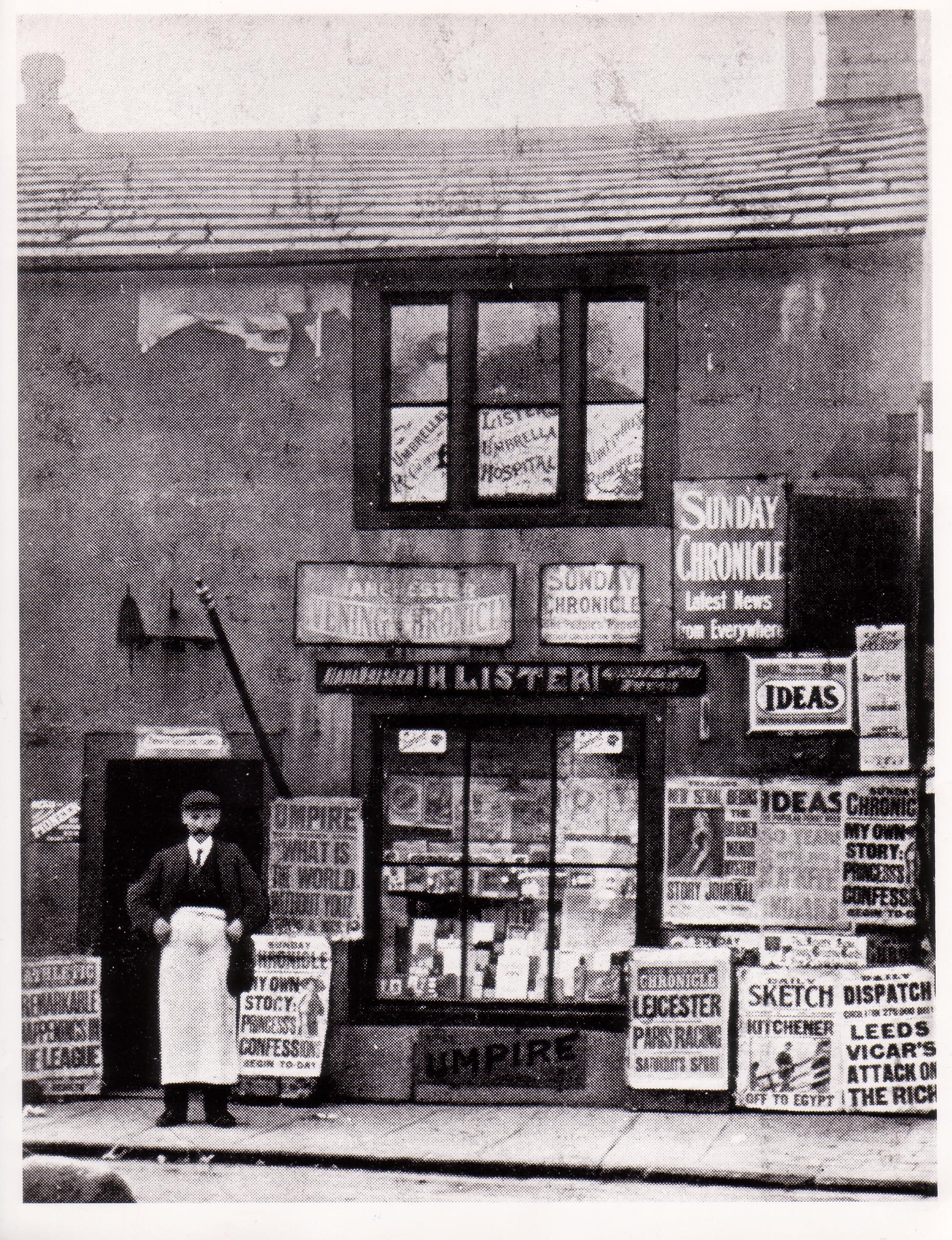 Mr Henry Lister who is stood in the doorway on this photograph was my Great Grandfather. Oral family history goes that he used to get up very early in the mornings to go to the railway station to pick up the newspapers for his shop, he was also the sole distributor for other newsagents in Skipton too. A handbell used to be placed on the counter in the front shop for customers to ring if they wanted serving, as Henry might have been in the back cutting hair or upstairs mending an umbrella in the umbrella hospital. His wife Amelia would sometimes help in the shop. This photograph is what Henry had done to advertise his shop on the back of this postcard was details of who he was and about his shop and he would hand them around. Working in the shop was not what they called hard work in those days but it was very long hours.
Added by: Andrea Ibbotson 2 Sep 06
Probably 17 August 1911.
Added by: Peter Sheeran 28 Dec 20