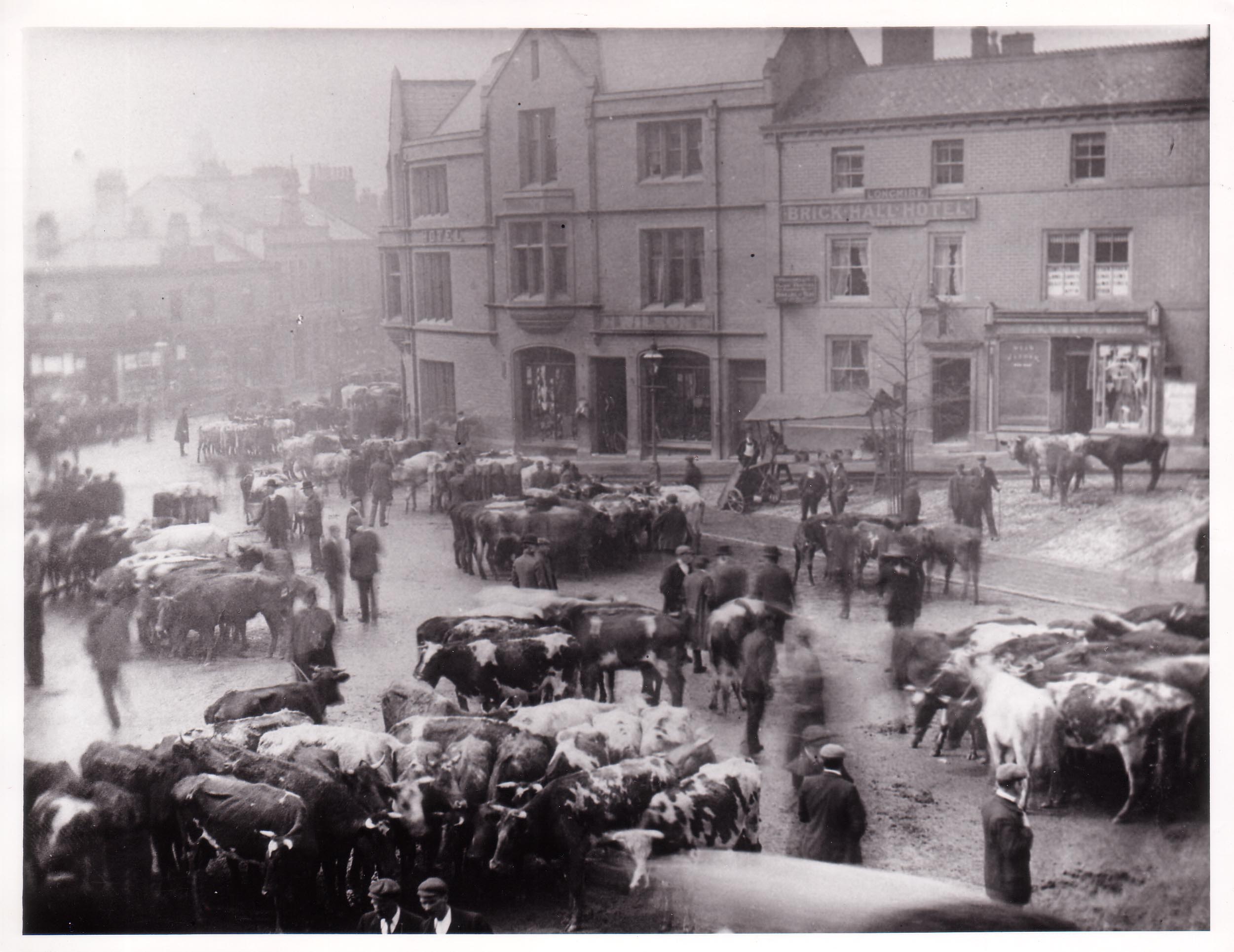 On the zoom in, you can see the signboards showing that what is now the 'Woolly Sheep' pub used to be called the the 'Brick Hall Hotel'.
Added by: Steve S 11 Jun 04
The Ship Inn was rebuilt as a hotel and shops in 1888. The date is carved in the archway over the main corner entrance.
Added by: Susan Wrathmell 31 Jul 06
Anybody know about changes to the Brick Hall Inn? Here it looks like the front door is part of what is now a neighbouring shop. Around what time was this part of the property sold?
Added by: Robert 4 Nov 15
My ancestor, William Cartman, was licensee of Brick Hall Hotel in 1891. William was grandson of Dr William Cartman, headmaster of Ermysted School and curate of Skipton Parish Church, who was a close friend of the Bronte family. He officiated at both Charlotte and Patrick's funerals.
Added by: Elizabeth jones 11 Feb 17
The Brick Hall was the the name of this building into the 1960's and possibly later. During part of that time the landlords were Tom and Maureen Corrigan.
Added by: Patricia Attewell nee Kerrigan 26 Sep 18