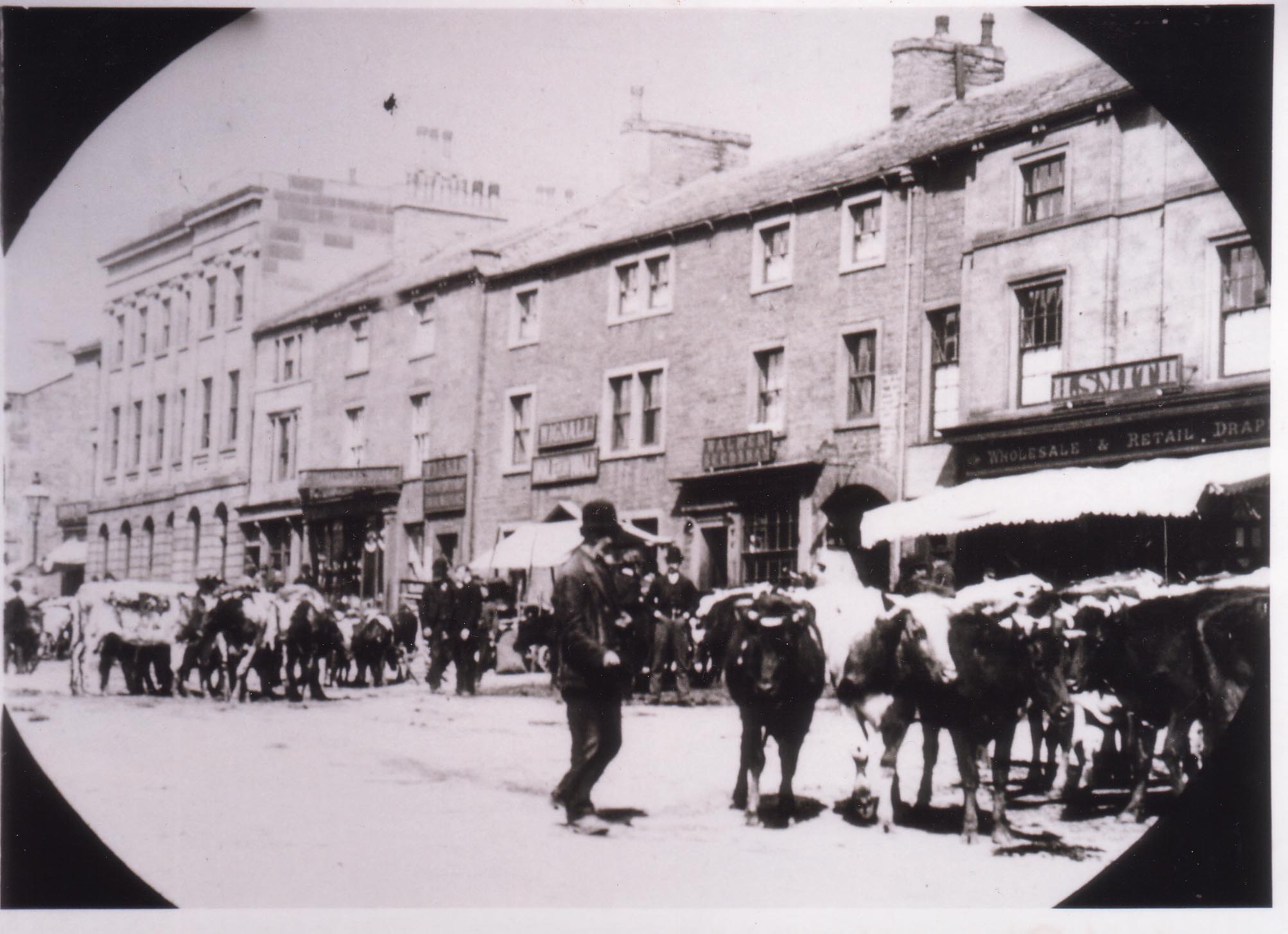 This photo intrigued me because of its circular format. In 1888 George Eastman, the founder of Kodak, introduced a simple camera with a roll film of 100 exposures. The camera weighed 22 ounces, about the same as a bottle of milk, and it had to go back to Kodak for processing. Because the lenses were primitive the edges of the photos were blurred so the camera had a circular mask to hide the defect. By the mid 1890's the lenses had improved considerably but of course there were lots of early cameras being used for many years afterwards Perhaps this is an example of an early roll film camera in Skipton?
Added by: Peter Sheeran 21 Jul 06
H. Smith's, drapers, is now the site of the Skipton Building Society. The archway on the left is the entrance to Kendall's Yard.
Added by: Peter Sheeran 15 Dec 20