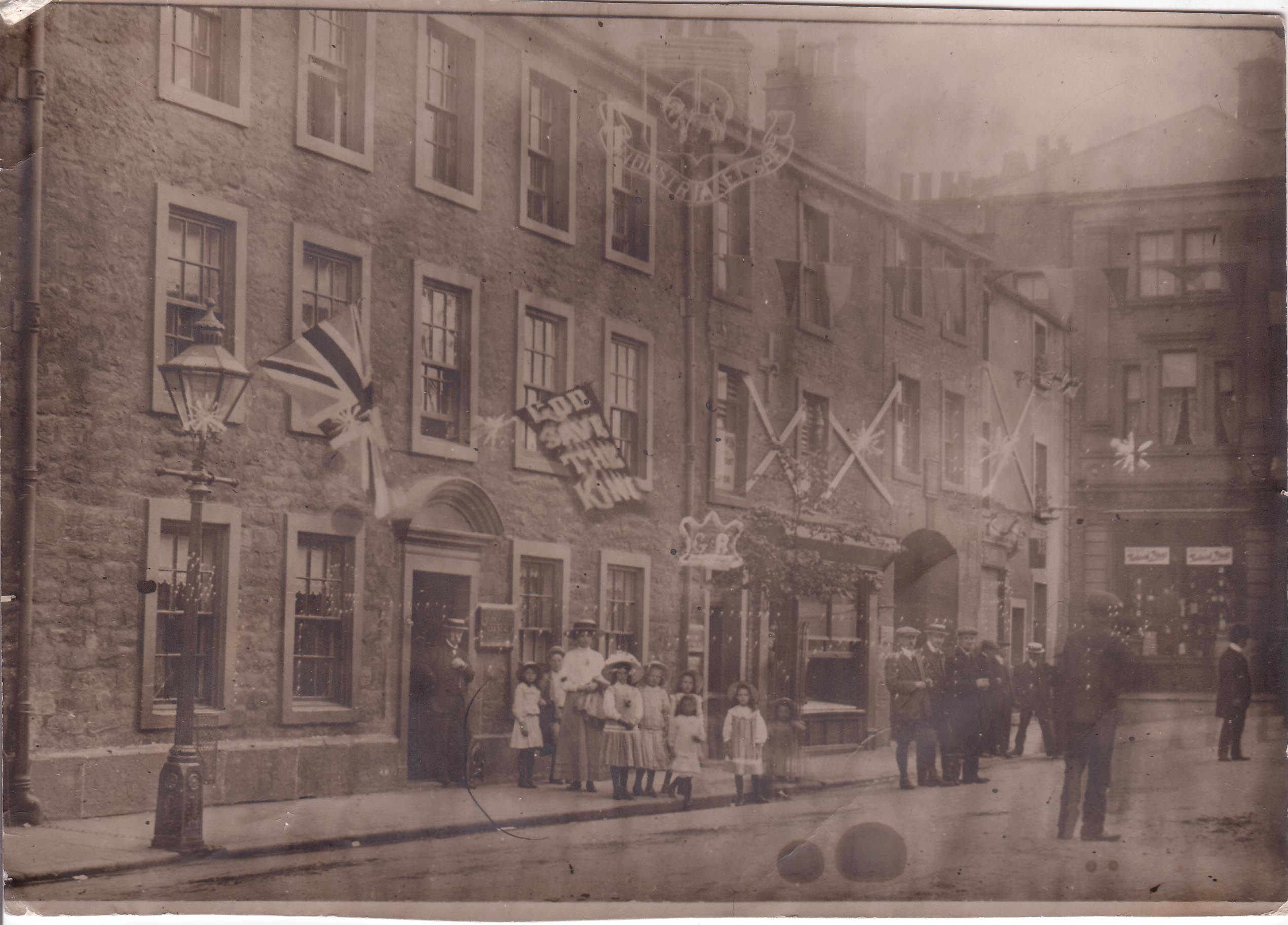 Whilst the figure in the doorway certainly appears to match family photos I have of George Greenshields Sloane, and Hannah Lightfoot (his wife) was of similar stature, none of the children stood outside seem likely to be his family. He had 5 children: two boys born 1880 and 1891, and three girls born 1881-1887 (Beatrice, Wilhelmina and Elsie). If the three girls stood directly in front of the woman were his daughters, the photo would have been taken about 1894. But then, why the "God Save The King" banner and bunting, which points much more at 1900-1 as the date, by which time his daughters were considerably older than those in this photo.
Added by: Jeremy Edward Rogers 23 Jan 21