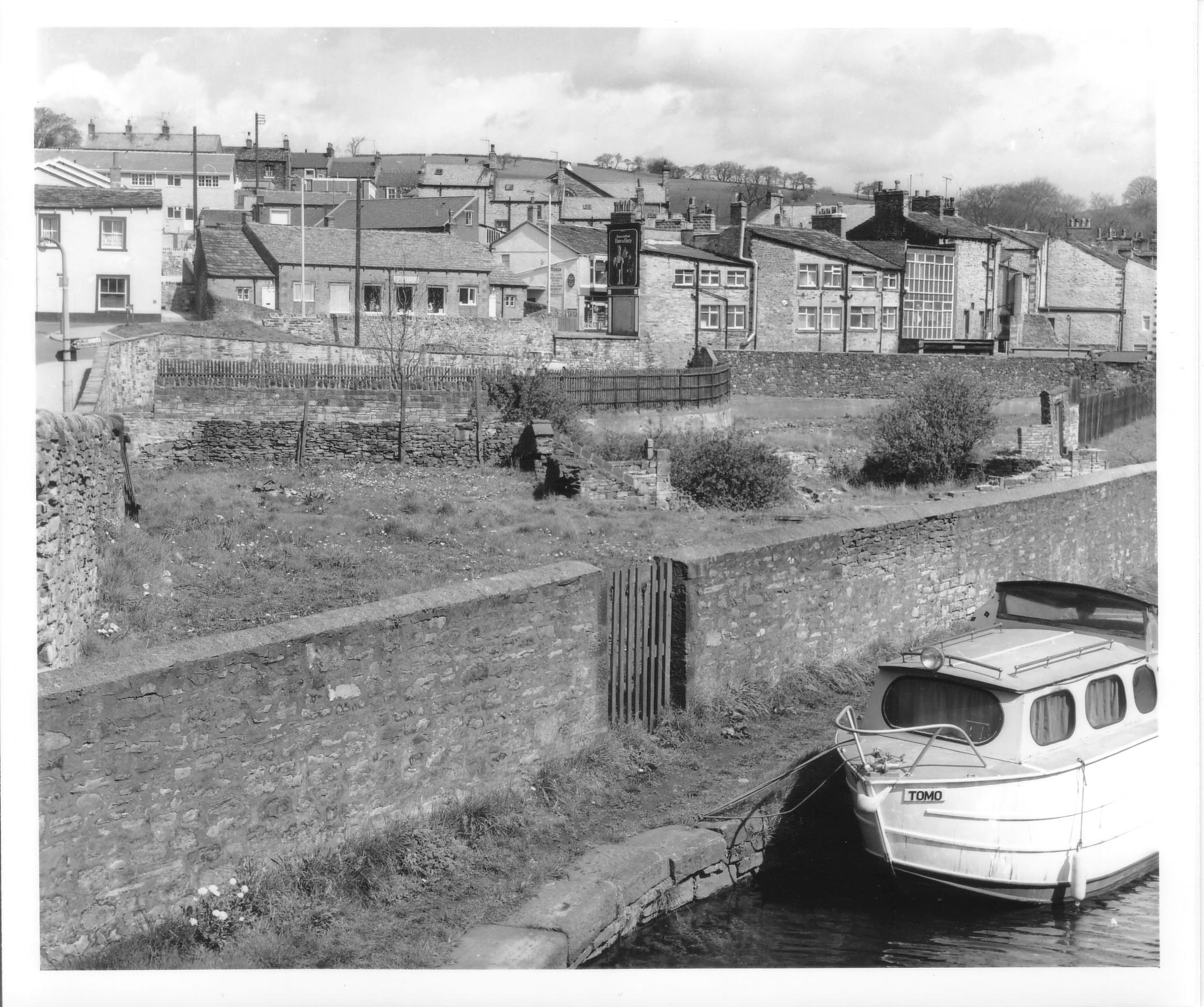 Looking towards Back Water Street

Used by Dewhurst as water source for mill turbines

The white building in the background, at the top left, is the Commercial Pub.
Added by: Steve S 11 Jun 04
Behind the sloping wall in the centre are some steps leading down to Eller Beck. A path ran along to the right and came out in Back Water Street, now called Back O' The Beck. The beck itself flowed to the left and under the road. The area beyond the steps was a mill pond called Spindle Dam and fed a spindle mill on the other side of the road.
Added by: Peter Sheeran 12 Jul 06
All my life I believed that the spindle mill was on the other side of the road but after studying various photos in this collection, number 00470 (Spindle Mill) in particular, I now think that the mill was right next to the dam and just beyond the steps. In photo 00254 (Springs Canal) a cart can be seen in the corner of the foreground paddock, behind a fence which has been replaced with a high wall in this picture
Added by: Peter Sheeran 17 Jul 06
As a guide to the date of the photo, the poster on the end of the shop on Water Street has the slogan 'Have a Harp'. This was first used in Great Britain in 1962 and up to the early 1970s.
Added by: Peter Sheeran 19 Jul 06
In the late 40s we kids in winter used to go down the steps to the beck & look for icicles which hung from the arched roof under the road . Some were really huge but getting them did depend on the depth of the beck at the time .
Added by: W E Brown  24 Jul 07
Peter Sheeran on 12th July '06 referred to the beck going under the road. I used to play in the beck many an hour as it was usually very shallow indeed and full of stones, making the construction of dams and "river systems" great fun. The tunnel under the road also stretched under the warehouse & fire station yard and only emerged into the main Canal so far away that I never dared to explore it.Though you could see the light at the end of the tunnel, it was very gloomy and uneven. In my child's imagination, who knows what lurked down there with big holes swallowing me up for ever! Aaaaagh!.
Added by: Colin Maroney 18 Oct 15
It was W E Brown who mentioned playing in the tunnel under the road Colin, but, like you, I too spent many hours in the beck and tunnel, and, like you, never ventured to the farthest point. The water became too deep and I don't remember seeing an exit at the other end.
Added by: Peter Sheeran 16 Apr 21