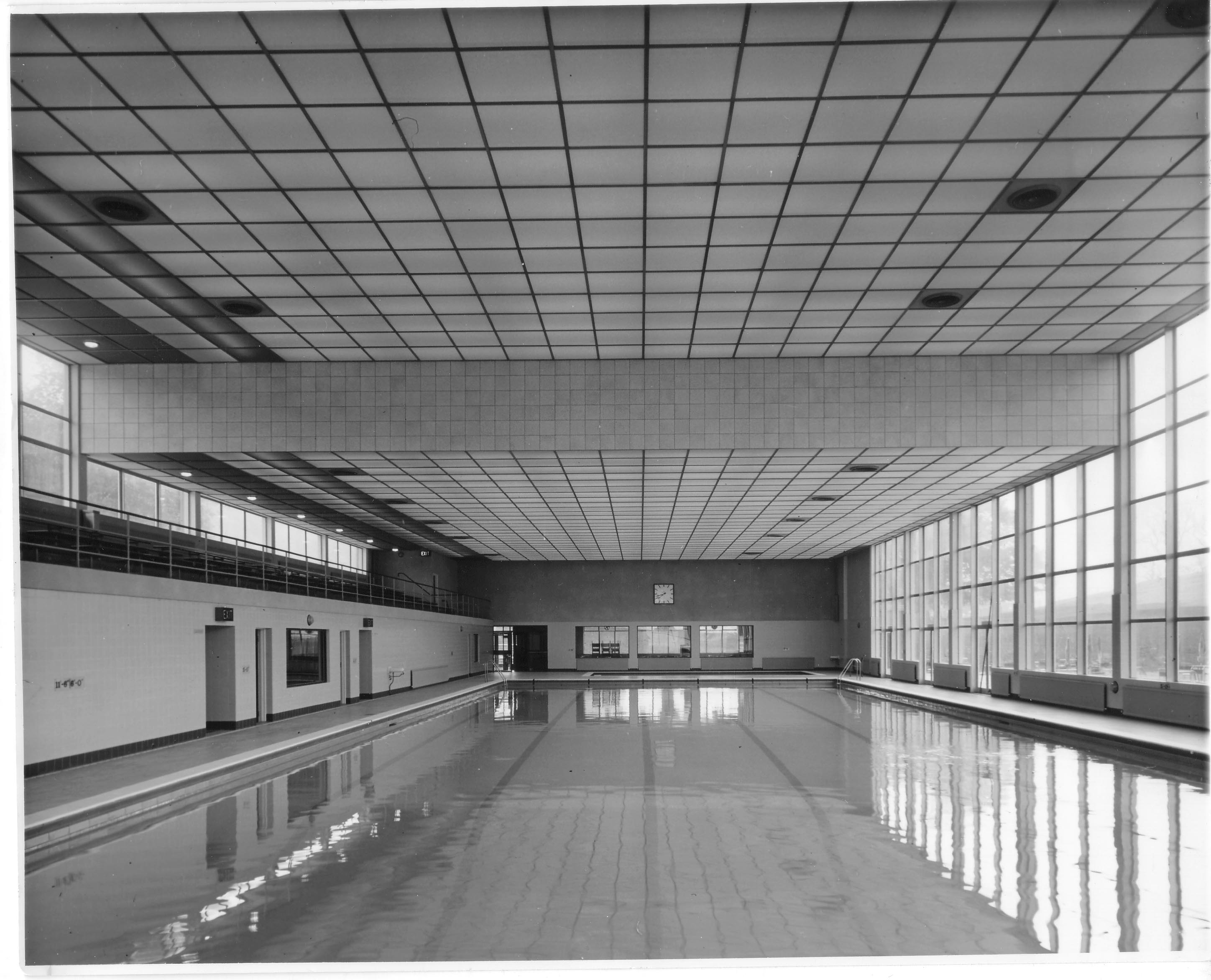 What a visionary lot they were in the sixties. A big pool with diving boards and a proper deep end. A far cry from the politically correct, litigation free puddle we have now.
Added by: Nick Metcalfe 12 Feb 07
What happy memories I have of this pool. I spent virtually every day during the summer holiday between 1979 and 1984. I started Brougham street Primary school in 1973. My Grandma lived at 4 Brougham Street up unit about 6 years ago. She looked after myself and my brother during the school holidays including holidays whislt at South Craven School, crosshills. I know live in newton Abbot, South Devon but this photo really takes it back for me. I remember the very high diving board (which i managed to pluck up the courage to dive off a few times and also the spring board which i believe have been taken away due to health and safety executive stepping in to ruin everyones fun. the last time I swam there must be over 25 yars ago now and keep meaning to go and see what its now like. I still have family in Skipton and the surrounding area.
Added by: Natalie Pearce (nee Benson) 18 Jan 10
I too remember this pool and really enjoyed swimming there. But the changing rooms compared to our new pool! They always seemed cold and draughty whatever the time of year.
Added by: Monika Butler 17 Jul 10
Opened, I believe, by swimmer Anita Lonsbrough (Huddersfield) who won a gold medal at the Rome Olympics, so must have been shortly thereafter ie. 1960
Added by: Keith Paley 26 Oct 10
see also #299 and contrast to the old "Baths" #544
Added by: Colin Maroney 18 Oct 15
It was Anita lonsborough who opened it_i was chosen as one of the children from the swimming club to present her with a bouquet. I remember it well as I had to learn to curtsey. I was about 5 years old
Added by: Mags sharples 11 Feb 17
Quite right- we traveled as a family from Haworth every Sunday during the late sixties and loved every aspect of the pool. I loved diving from the high platform in the deep end!
Added by: Lawrence Killian 4 Dec 19
my uncle Eric Haigh used to be a swimming instructor there, he learned me to swim when in about 1967 when i was about 3, i think it was the dolphin club
Added by: tracey hayhurst 18 Aug 21