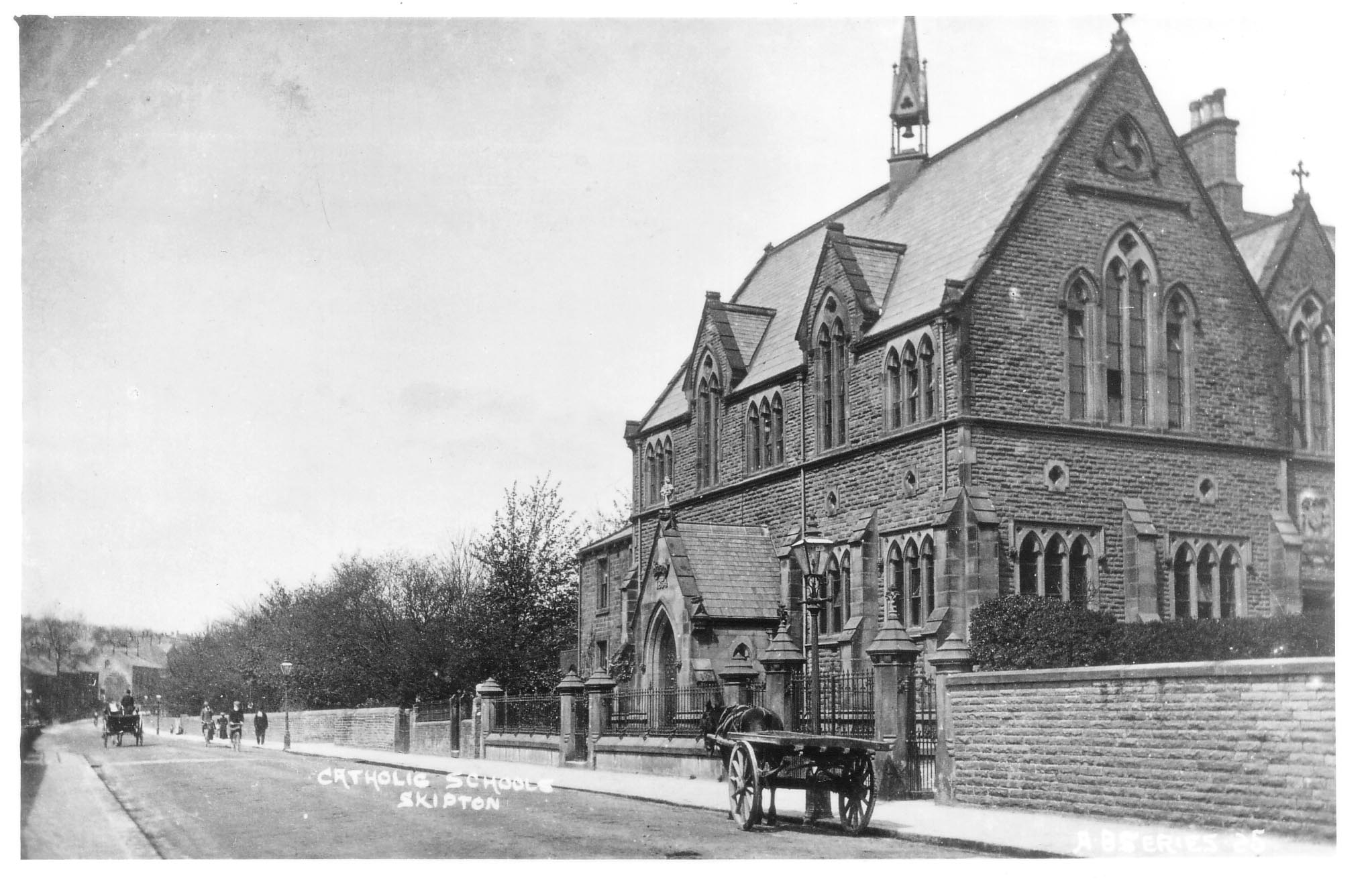 The building on the far side of the school was the subject of an article which was recently published in The Craven Herald and Pioneer: "50 years ago" (1956) "Work to incorporate Holywell Cottage on Gargrave Road into St Stephen's School was being hindered by a 40 feet deep well in the cottage cellar. The building was, along with the Woodman Inn, the only building in the vicinity before the Skipton to Kendal highway was built in 1824. Historians presumed the cottage was built over the well but there were no links with any religious purposes before the school was built next door in 1854. The cottage had been lived in by St Stephen's teacher Mr L Morrow". I can remember sneaking down to the well, before the cottage was refurbished, in the dark, and and dropping a pebble to find out how deep it was - scary! Mr Morrow was a good teacher who taught in the prefabricated hut above the Infant School. Sadly, I believe he died young.
Added by: Peter Sheeran 17 Jul 06
This is very interesting as my Mum is the oldest of the Morrow family who lived in Holywell Cottage and she remembers the well very well. It certainly was very deep !
Added by: Simon Growcott 26 Dec 08
I also attended St Stephens School and with Peter Sheeran, Billy Lancaster, David Storey and a girl from Broughton whose name escapes me, we passed the 12 plus exam and left to go to Keighley Secondary Technical School. As Peter said , Mr Morrow was a well liked teacher by all his pupils, even though he used to try out his new canes on us. Sadly he died at the early age of 49. At the time he was headmaster of another school but as was his wish , he is buried in St Stephens Churchyard ,as is our headmaster at the time Mr. Austin Winkley. Sadly Billy Lancaster passed away at the age of 30 and is also buried in the churchyard..
Added by: Michael Tyson 4 Feb 13
me and my sister Sally used to walk from Burnside to this school at the young age of 5 and 6 by ourselves..eee them were the days..brings back so many good memories ..
Added by: david howes 21 Apr 13
I remember Miss Creamer's class and some of my fellow pupils were: Aiden Burbridge, Barry Ayrton, Linda Dawson, Leda Altinieri, Bernard Bresnen and many others. I went on to Keighley Secondary Technical School in 1962.
Added by: Maria Blades 20 Mar 14
I too was in Miss Creamer's class and went on to Keighley Tec - Sharon Tempest
Added by: sharon 15 Oct 17
My uncle Robert Connor who sadly passed away last year went there with his brother Hugh James and sisters Elizabeth Christine they all had very fond memories of the school as did I
Added by: Simon Gillespie 6 Mar 22