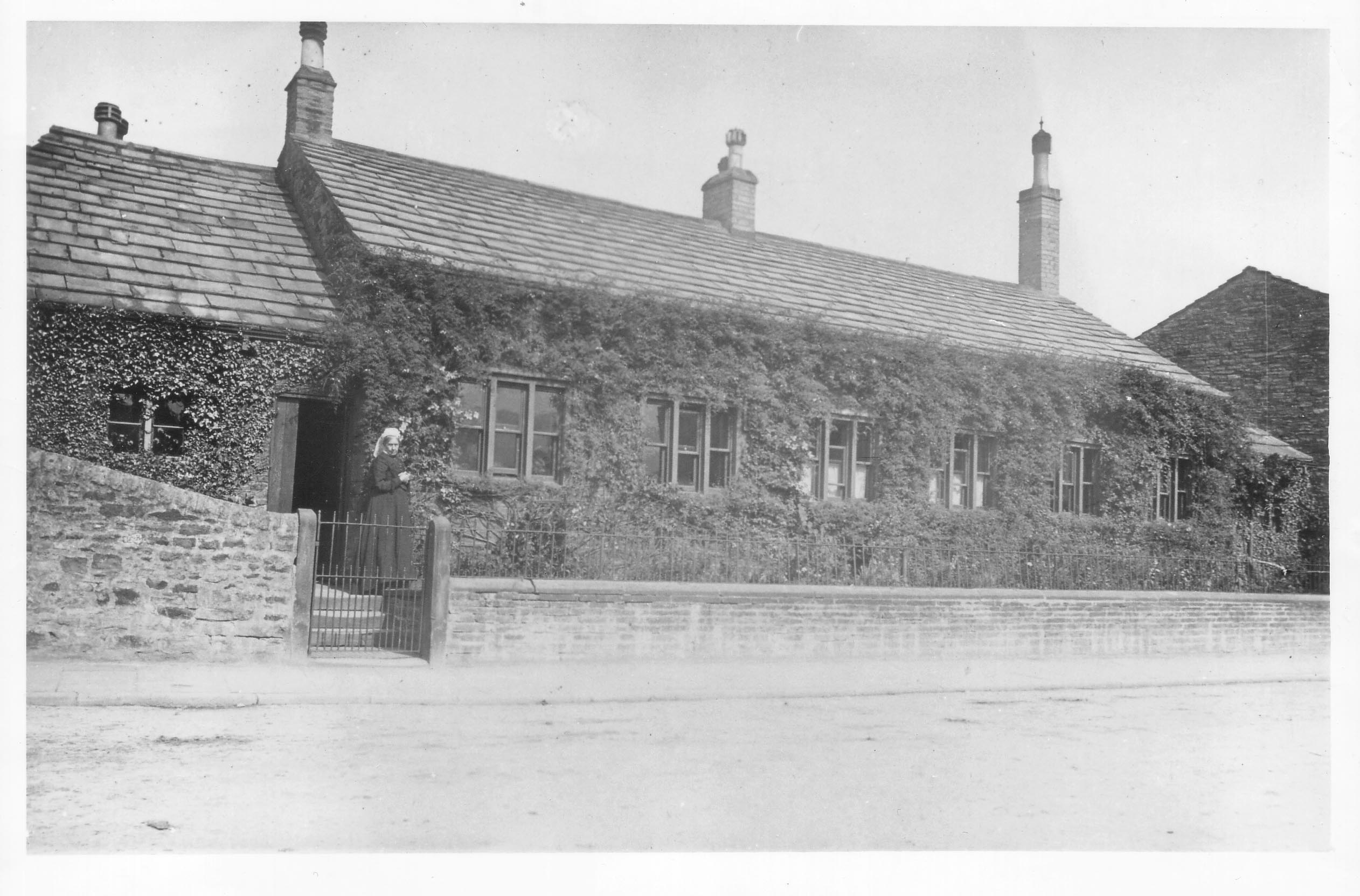 Bungalow. Built by Christopher Sidgwick as a school for mill workers

Was this bungalow/school on the end of Water Street by any chance? Maybe it was where my mum went to school she lived in Commercial Street from 1917 to 1948
Added by: Lynda 23 Nov 14
Yes it is at the end of Water Street. It is now a restaurant.
Added by: Liz Penny 17 Nov 17
It is most probable that the lady in the picture was Margaret Cooper, widow of Reverend Henry Cooper of Embsay. Margaret was the niece of Christopher Sidgwick, the mill owner who originally constructed the building as a school for his "half-timers" (children who spent half their time in school and half at the factory). Sidgwick also founded Christ Church in Skipton, and the school at the other end of Water Street which is still there today. Sidgwick converted the half-timers' school into a house for himself, but after he died in 1877 Margaret certainly lived there, with just one servant for company. In 1865 she had been widowed at the age of 37, after just six years of marriage, and died at the bungalow in Water Street in July 1918.
Added by: Jane Lunnon 31 May 22