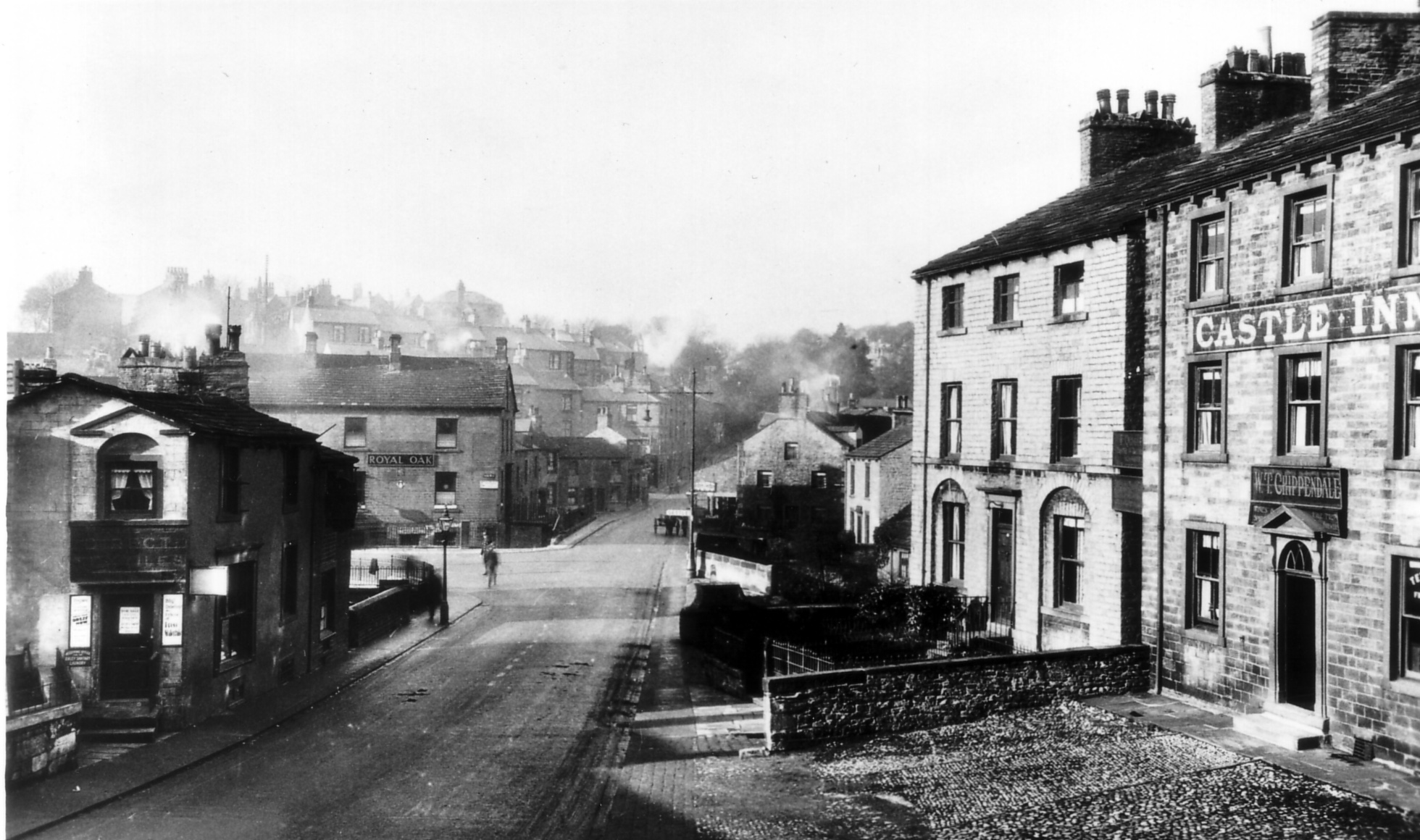 The Royal Oak pub is on the corner of Watwer St and Grassinton road. Jim Greenwood was Landlord and my father in law, they had the pub between 1955 and 1963
Added by: John Christie 29 Nov 08
Does any one know any of the history of the Royal Oak
Added by: Bob Abel 5 Nov 11
the gap between the Castle pub lead to some older buildings where we used to hold band practice for skipton brass band...does anyone out there remember this ???
Added by: david howes 21 Apr 13
We did dancing class in those rooms must have been around 1954 ish
Added by: Lynda 23 Nov 14
On the left is a doorway at an angle. In the mid 50s the hottest place in town was there where they had an Espresso Coffee Bar and A JUKE BOX. Didn't make any girl friends there - probably just a bit too young! Aah.
Added by: Colin Maroney 10 Oct 15
I remember the brass band rooms very well. I was briefly a member of the Skipton Junior Band during 1983. There was an old building at the end of the gap between the Castle and whatever was on the other side. You went through a door and up the world's rickettiest stairs and attempted to play a trumpet for an hour in a fantastically cold room. I have no idea what the original purpose of the building was.
Added by: Darren Moorby 29 May 20