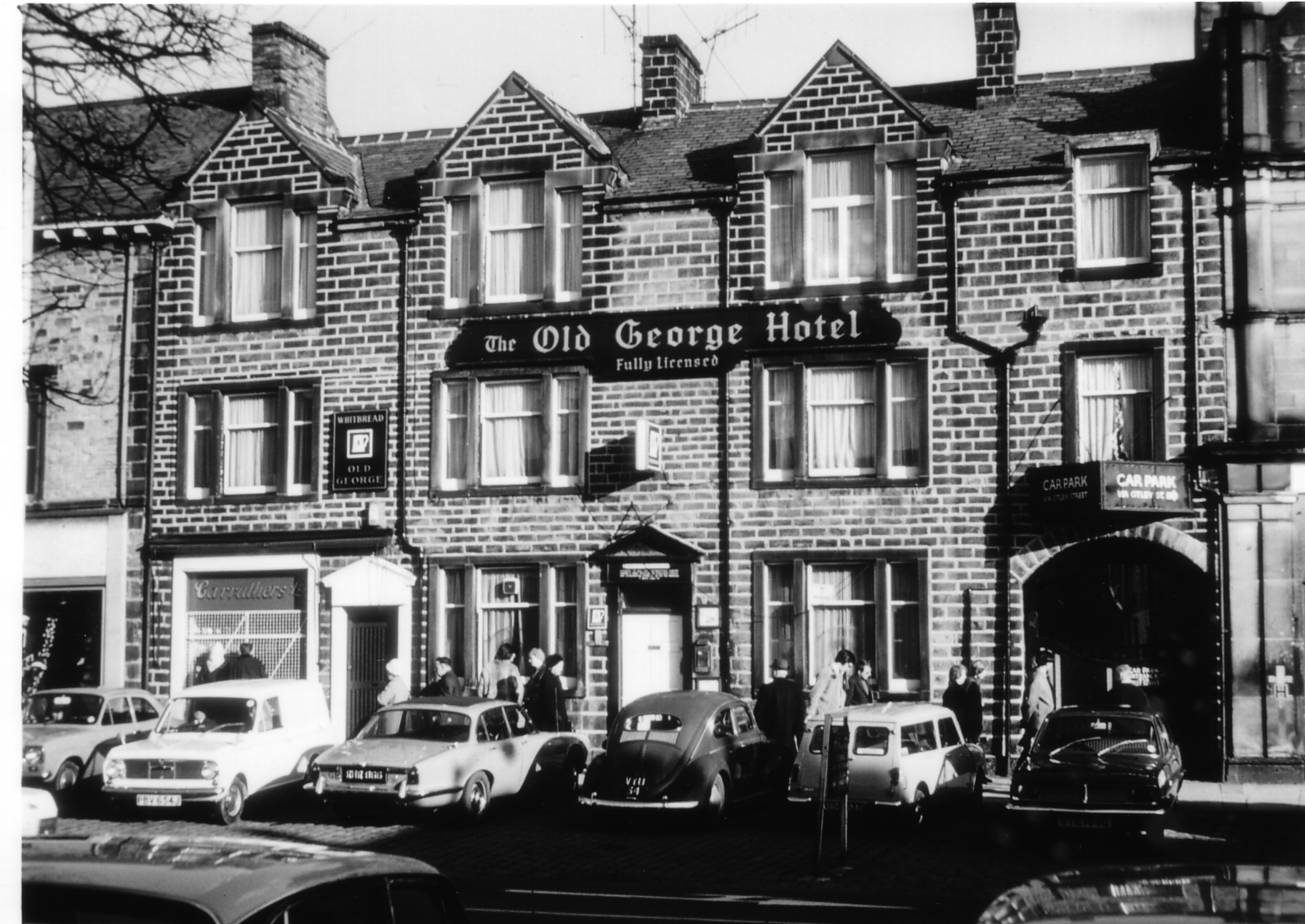 From at least 1891 to 1906 the landlord at the Old George Hotel was another of my many Bishop relatives. George was a crackshot with the 3rd Volunteer Battalion Duke of Wellingtons.
Added by: barbara dixon 6 Oct 04
this photo is not from 1960 as the xj6 in the picture was not launched until 1968
Added by: russell marsden 13 Jul 09
I remember drinking in the Old George pub in my late teens, I was 20 years of age in 1968. A local entertainer called Tommy Chapman would play the piano and sing on occasion, and many's the time I enjoyed a sing along session with him and other regulars.
Added by: Mr Donald Cooper 16 Apr 17
The Tommy Chapman you mention at The George Pub was a member of the Savonna Dance Band of which my Dad (Bill Smith) was the drummer. They would go to all the villages around to play at dances.
Added by: Patricia (Paddy) Dorrington (Nee Smith) 15 Feb 18
He worked at Byworth Engineering in Keighley .
Added by: P Leighton 29 Aug 20
The white van on the left is a Bedford van based on the Vauxhall HA Viva saloon. It's registration plate PBV 654J shows up that it was registered 1st of February 1971. So only a decade out.
Added by: Chris Airey 18 May 21